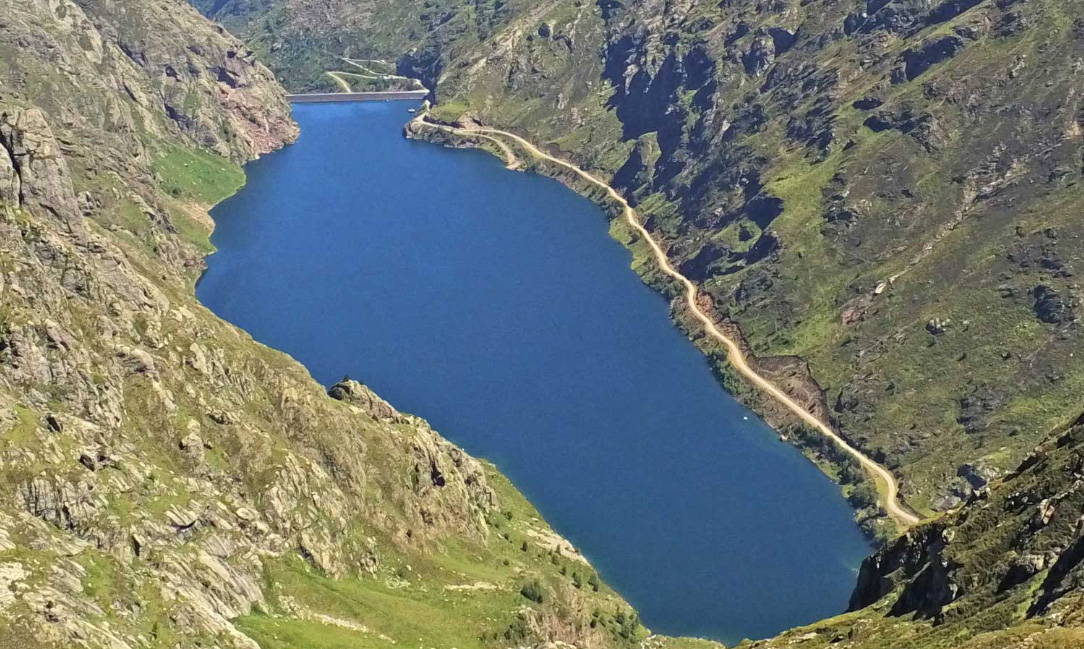 info_outline
You are here: Home / Regions / Occitany / 09-Ariège / The curious funnel of the Soulcem dam

L'Etang de Soulcem is an artificial lake in the French Pyrenees located in Haute-Ariège, in the commune of Auzat, in the Vicdessos valley.

The Pla de Soulcem dam or Etang de Soulcem is located at an altitude of 1570 metres and covers an area of 87 hectares.

It was built from 1980 to 1983 by Electricité de France (EDF) and has the following dimensions :

The construction of this dam drowned a vast plateau (Pla de Soulcem) devoted to pastoralism, thus disrupting the livestock activity of the valley.

The dam contributes to the support of the low water level of the Garonne River up to 29 million cubic meters in the summer period.

It is fed by several brooks, including that of Soulcem, and has as its outlet the brook of Mounicou, which flows into the brook of Vicdessos, a tributary of the Ariège.

Flood discharge is ensured by a tulip, a funnel on the right bank, opening into the drainage gallery comprising two flat gates in series.

The water taken from the reservoir is conveyed via underground penstocks to the Artigue power station.

The road built to build and serve the dam has made it possible to envisage a project for a cross-border link via a road to Ordino-Arcalis with a project for an 800-metre high tunnel at the Port of Rat.

Most of the project is being carried out on the Andorran side with a tunnel starting at an altitude of 2 370 m over a length of about 200 m up to the border point. The link is longer and more difficult to finalise on the French side because of avalanche corridors and 600 m of tunnel remaining. The hypothesis of a tourist route remains at the project stage.