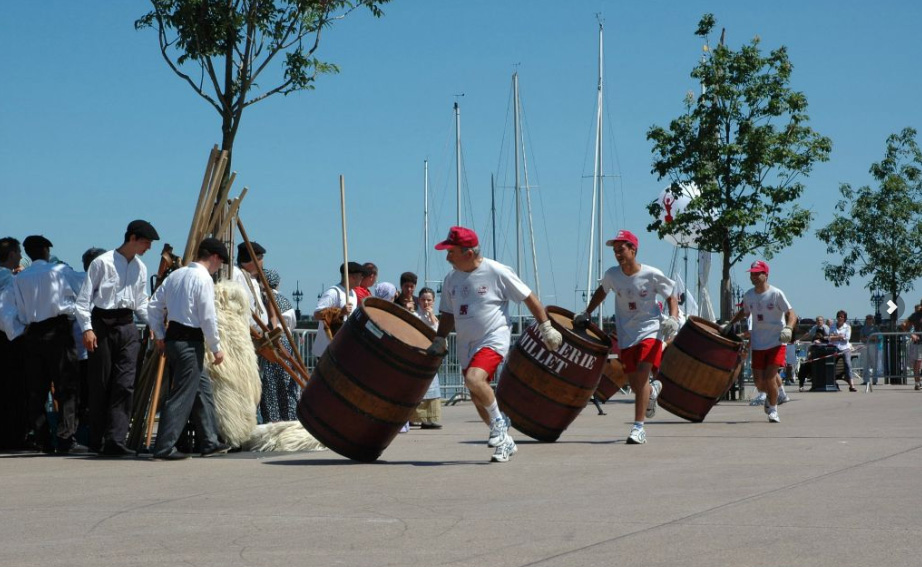 Saint-Émilion is a commune in the South-West of France, located in the department of Gironde in the New-Aquitaine region.

For its wines, Saint Emilion is a commune known all over the world and this wine-growing tradition is accompanied by many festivals, including the barrel rolling competition. Castillon la Bataille is the headquarters of the Association which perpetuates this tradition.

The barrel rolling club of Lussac / Saint-Émilion takes up the torch of a secular tradition that appeared among the coopers of Bordeaux.

The idea was to run a given distance as quickly as possible by rolling a Bordeaux barrel on its edge.

Following the gradual disappearance of other barrel-rolling clubs in France and even in Europe, the association has turned to animation.

"We are the last club in Europe to practice this sport. I'd rather not say of the world because I'm still doing research, but I haven't found any others for the moment," explains Éric Berry, the organisation's president.

The demonstrations are done with barrels of 30 to 40 kg.

This sport combines physical power with technical mastery and offers the attraction of confrontation and spectacle at events dedicated to promoting winemaking traditions and its wines.

These acrobatic demonstrations pit young and old against each other in a good mood.