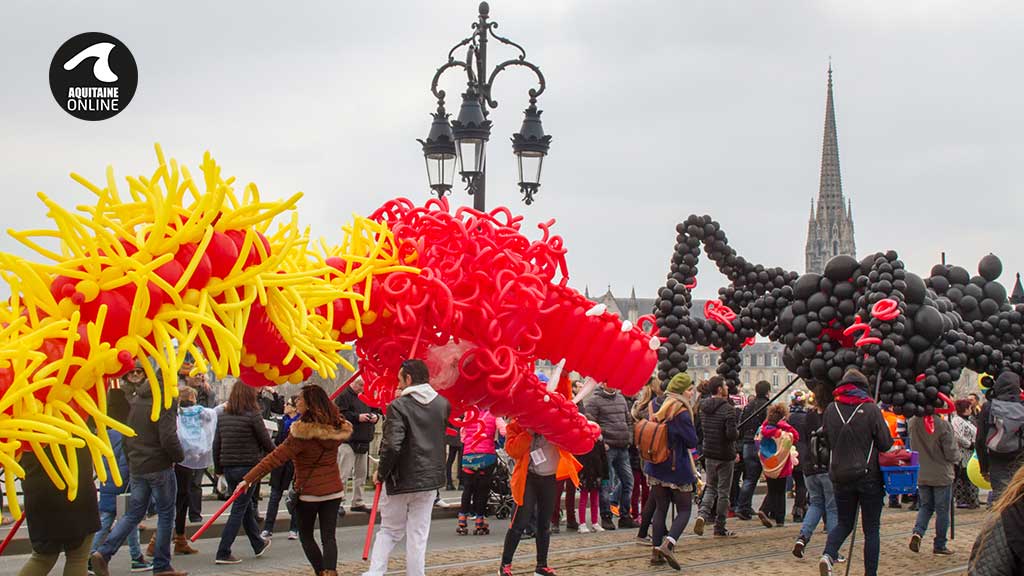 Created in 1996 on the initiative of the city of Bordeaux and local associations, the Carnaval des 2 Rives is a modern-day festival that includes some of the essential elements of carnival traditions, such as costumes, floats and parades.
This festival has since been included in the Inventory of French Intangible Cultural Heritage.
In Bordeaux, a country is honoured with music, shows, parades and street performances. This carnival on both banks of the Garonne brings together all the associative life of the city.
Each year a new country is honoured and events are organised in connection with the culture of this country.
Moreover, the Carnival of the Two Banks is, as often, very participative. Every year, the people of Bordeaux are invited to take part in various workshops as part of the preparation of the big parade, dance, music and costume creation workshops.
Monday 24 February 2020 will mark the start of the carnival festivities in Bordeaux and the surrounding communes.
The theme will be Carnival "Englouti".
The parades will be accompanied by concerts, children's entertainment, aperitifs and numerous shows, workshops and other activities to discover, in a scenario where the city of Bordeaux has been engulfed by water.
The final of the Carnival will take place from 4pm to 6pm, and will offer a giant screen, costume parade, DJ set and many other surprises...

Malagar, or the Intellectual Harvest at the François Mauriac Centre