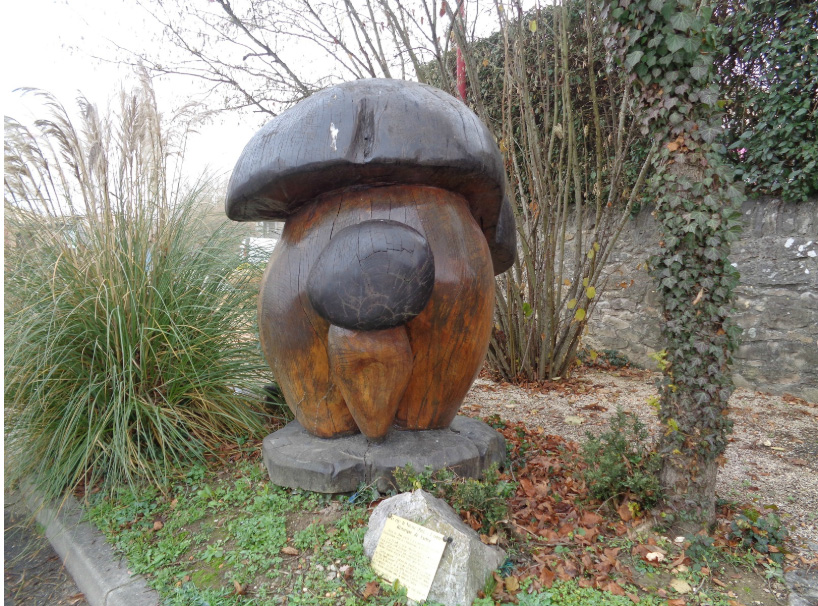 info_outline
You are here: Home / Regions / Occitany / 82-Tarn-et-Garonne / Creation of a Municipal Commission for Cepes in the capital of ...Cepes

Creation of a Municipal Commission for Cepes in the capital of ...Cepes

label
Gastronomy [to eat] Amazing... isn't it? cities and villages

This is one of the surprises of the 2020 municipal elections.

The Mayor of Vaïssac has decided to create a "cep" commission within the new Municipal Council.

Vaïssac is a French commune located in the department of Tarn-et-Garonne, in the Occitanie region, near Négrepelisse, about twenty kilometres from Montauban.

The place would have been inhabited in prehistoric times and traces have been found going back 300,000 years.

The commune is considered to be the Tarn-et-garonnaise capital of the cep.

Very proud of the richness of its undergrowth, its wooded massifs cover more than a thousand hectares, the Mayor had a huge wooden sculpture representing a boletus built.

The boletus is an opportunity for the commune, but this opportunity also has its drawbacks: the invasion of the woods by mushroom pickers.

The Vaïssac cep market is popular throughout the South-West.

So it has to be regulated and a municipal by-law organizes the picking and the sale.

The woodland owners of the six surrounding communes now have a card that they can lend to relatives or friends when they feel the time for picking is coming.

Since ceps are the village's obsession, the mayor re-elected in 2020, Francis Delmas wanted to create a municipal commission dedicated to ceps.

The divine mushroom is not the only attraction of Vaïssac, between two harvests, to be discovered: the Lake Gouyre which is a bird reserve, the Mausoleum of Cabertat and the 19th century church,

Not to be missed: also, a visit of Petit-Paris, the capital of France in miniature, 3 km from Vaissac.