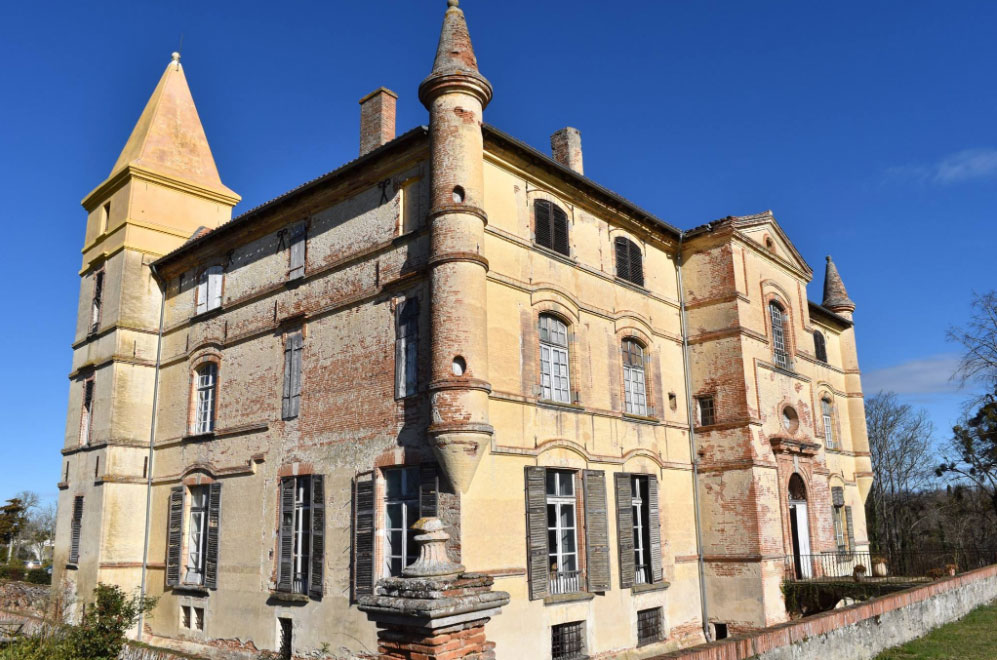 info_outline
You are here: Home / Regions / Occitany / 31-Haute-Garonne / The Domaine de Bonrepos-Riquet, at the origins of the Canal du Midi

The Domaine de Bonrepos-Riquet, at the origins of the Canal du Midi

In 1652, Pierre-Paul Riquet, greatly enriched by his position as Assistant General of the Gabelles du Languedoc, acquired the former dungeon of Bonrepos.

He had to show all his negotiating skills to obtain from the Consuls the "full and perpetual" ownership of the ruined building.

Riquet undertook to restore it to a defensive state and to welcome the local population in the event of a threat.

While honouring his promise, he erected a country residence and decorated the surroundings with a park and gardens.

He also built up a vast agricultural estate of several hundred hectares from which he was able to derive significant benefits.

By becoming lord of Bonrepos, Riquet was finally able to assert his noble claims and work peacefully on his waterway project.

His lordship was in fact close to the various canal routes he was studying at the time.

His estate also possessed hydraulic potential conducive to the experiments he was planning to carry out.

In the Garenne valley next to his house, Riquet built a remarkable hydraulic work in 1655, from an old fishpond, bringing together three tiered basins.

The central reservoir basin, completed by a wide roadway, stored the seasonal water brought from the surrounding valleys by two gullies.

From its basins acting as communicating vessels, Riquet was able to deepen his knowledge of water management and put it into practice empirically for the benefit of his Two Seas Junction Canal project.

In the autumn of 1662, Pierre-Paul Riquet received the Archbishop of Toulouse, Anglure de Bourlemont, in Bonrepos, and demonstrated the feasibility of his canal project and in particular of its water supply from the Montagne Noire.

Strong of this political support, he addressed to Colbert, the King's Minister of Finance, his famous letter of 15 November of the same year, in which he set out his first ideas for the creation of his canal.

Riquet was careful to give preference to one of them, which consisted in building a canal in the river valleys - and not only in developing their beds - by taking the Girou valley and the threshold of Graissens.

He described this route to Colbert in the following terms: "a flat and very united country" and "a gentle slope", a geography that was therefore favourable to navigation and limited the construction of engineering structures.

This route, which was finally abandoned in favour of a passage through Toulouse, was not chosen by chance since it crossed the Gabelou fiefdom at Bonrepos.

After promising experiments, the King ordered by the Edict of Saint-Germain-en-Laye the construction of the junction canal between the Ocean and Mediterranean Seas in October 1666.

This proclamation established the Canal lands as a fiefdom and granted important rights to its owner, Pierre-Paul Riquet.

Work on the Canal began in January 1667.

Riquet encountered major financial and technical difficulties throughout his work.

He died ruined on October 1, 1680, while his canal remained unfinished between Naurouze and the Etang de Thau.

The Association for the Safeguarding and Development of the Domaine de Bonrepos-Riquet "SVDBR".

The association SVDBR "Law 1901" assumes the missions of welcoming tourists, as well as the promotion and the cultural animation of the Castle of Bonrepos, classified as a Historic Monument on July 31st, 2008 and which should soon be attached to the Canal du Midi "UNESCO" properties.