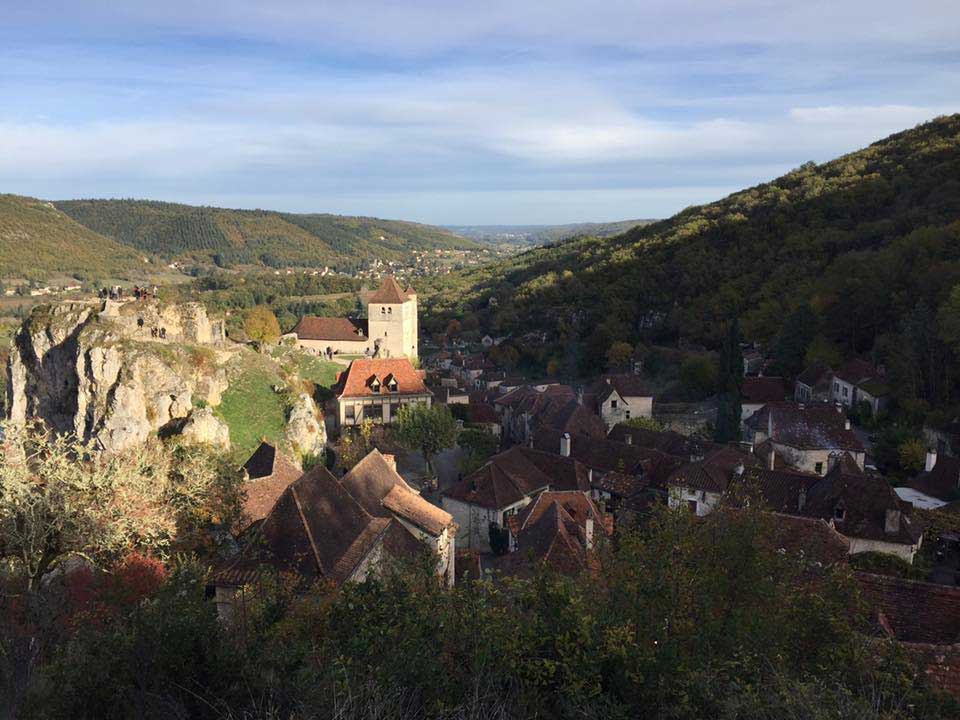 info_outline
You are here: Home / Regions / Occitany / 46-Lot / Saint-Circq Lapopie, the favourite village of the French, with a fully preserved historical heritage.

Saint-Circq Lapopie, the favourite village of the French, with a fully preserved historical heritage.

In the heart of the Lot valley, Saint-Circq Lapopie thrones like a Queen.
Perched 100 m above the river, the medieval city fits surprisingly into the cliff.
Its height offers a spectacular view of the Lot valley with a 360° view of the Lot river.
Saint-Circq Lapopie, a listed site, is home to no less than 13 historical monuments, including its imposing church which dominates the Lot valley, installed on its rock known as "udder-shaped" (la popa in Occitan) and which gives part of its name to the village, numerous steep alleys, Gothic facades and fortified gates.

There are 13 of them in Saint-Circq Lapopie.

- The 15th century church which includes a circular Romanesque chapel,

- The Mill Cave, from the Palaeolithic,

- House that preserves remains of consoles that remind us of a projected floor that has now disappeared,

- The Bordes House consists of a ground floor and two upper floors,

- The 14th century house, known as the Maison Bessac, consists of a ground floor and two upper floors,

- The 15th century house with corbelled and half-timbering on the 2nd floor,

- The Liauzu-Vinel House consists of a ground floor with a basement and a first floor with an attic,

- The watermill, attested in 1317, preserves parts of the 15th century and was restored in the early 18th century.

- Le Pigeonnier de Bancourel, a circular dovecote, a vestige of the agricultural occupation of the Causse.

It also offers the services of stalls, restaurants, cafés but also the pleasure of the eye with the creations of many artists.
Since the beginning of the last century, the village has attracted artists, Parisian gallery owners and from 1950 many artists of the surrealist movement.
The poet and writer André Breton was one of them and made the village known by settling there, notably on a permanent basis.
Didn't he then say "I stopped wanting me elsewhere".
To be seen during the visit the medieval houses, the Porte de la Peyrolerie, the Rocher de La Popie, the castle, the church of Saint-Circq, the Sainte-Croix chapel, the rue de la Pélissaria, the towpath of Ganil...

Around Saint-Cirq Lapopie, there are many opportunities for discovery:

- the Pech Merle Cave in Cabrerets, you will visit the real cave and its paintings dating back 20,000 years.

- Cénevières castle - furnished and inhabited Renaissance castle, which sees time pass without outrages to the rhythm of the river it overlooks.

- the numerous hikes between cazelles and low stone walls

- the Regional Natural Park of the Causses du Quercy, which multiplies the animations in order to make you penetrate in the heart of this nature