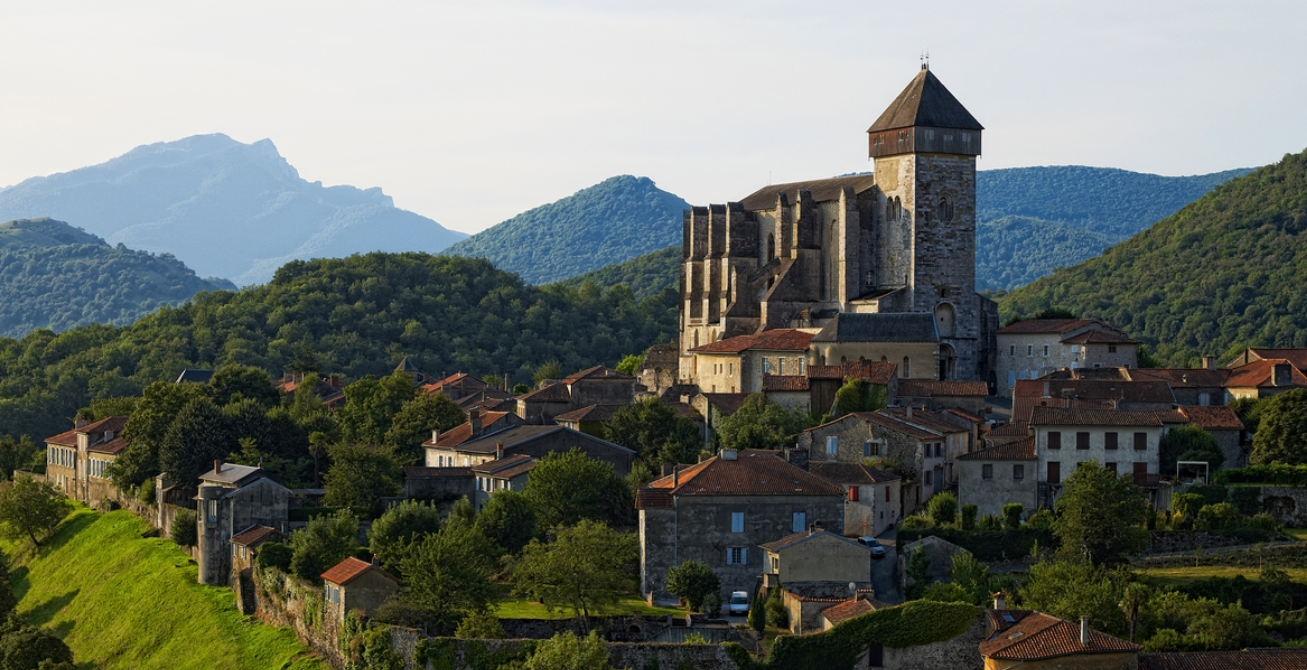 info_outline
You are here: Home / Regions / Occitany / 31-Haute-Garonne / Saint-Bertrand-de-Comminges: a cathedral, a basilica, a festival and Roman excavations

Saint-Bertrand-de-Comminges: a cathedral, a basilica, a festival and Roman excavations

Founded in the 1st century BC, on an ancient Roman oppidum, Saint-Bertrand-de-Comminges, at the foot of the Pyrenees, is one of the jewels of Midi-Pyrénées.

Around the upper town, dominated by the cathedral of Sainte-Marie, Renaissance style houses can be admired.

At their feet, the ruins of the ancient city, Lugdunum-Convenae, offer numerous Gallo-Roman remains.

The Pyrenean marble temple was, in all likelihood, dedicated to the cult of Rome and the Emperor.

A forum, a theatre as well as the original Christian basilica, which preserves some sarcophagi, are other remains that can be seen during the visit.

Below the small medieval streets, in the meadows, there is a Romanesque church, the Basilica of Saint-Just de Valcabrère, whose particularity is to present pieces of architecture and sculpture taken from the archaeological site of Lugdunum-Convenae.

Among the curiosities worth visiting is the former gendarmerie, an 18th century building, now restored to become a place of conservation and heritage enhancement as well as an exhibition site.

One kilometre east of the cathedral of Notre-Dame de Saint-Bertrand-de-Comminges, the basilica is first mentioned in the "Book of Miracles of Saint Bertrand" by notary Vital, which suggests an occupation since Roman times.

The present basilica was built in the 11th and 12th centuries and consecrated in 1200 by Bishop Raymond-Arnaud de Labarthe.

Excavations have shown that the site has been occupied for a very long time.

The 4th-century sarcophagus and the many ancient walls used in the construction of the church bear witness to this.

The Basilica of Saint-Just de Valcabrère is a Romanesque style building, classified as a historical monument and, as part of the pilgrimage route to Santiago de Compostela in France, has been a UNESCO World Heritage Site since 1998.

Before bearing the name of Saint-Bertrand de Comminges, the town was first called Lugdunum Convenarum.

This Gallo-Roman city occupied the whole territory from the medieval town of Saint-Bertrand to the village of Valcabrère.

It is one of the major archaeological sites of Occitania, the ruins are only the remains of the ancient Roman city Lugdunum Convenarum.

It is said that it was in 72 B.C. that the foundations of this Roman city were laid due to the construction of a fort whose first purpose was to secure the troops gathered for a military operation.

The construction of a Roman city intended to accommodate the Gallo-Roman populations was to follow 50 years later, and the city grew strongly.

The city of Lugdunum Convenarum survived the fall of the Roman Empire, but was destroyed in 585 during the Wars of Succession between the Franks.

One of the protagonists took refuge in the city, which will be razed to the ground according to the hypotheses of some historians.

The various excavations that took place on this site have brought to light various Roman remains, namely a first forum, the oldest and simplest, then the second forum much larger and with a temple facing the first, a market, the baths built during the reign of Augustus and refurbished in 65-70 AD, dwellings, a Christian basilica, a theater on the foothills of the hillside, an Augustan trophy ...

Sant-Bertrand-de-Comminges hosts the Festival du Comminges, which offers about twenty concerts in July.
Created in 1975, it has acquired over the years an international scope.

The archives of Rémy Julienne at the Cinémathèque de Toulouse

The Japanese Garden of Toulouse