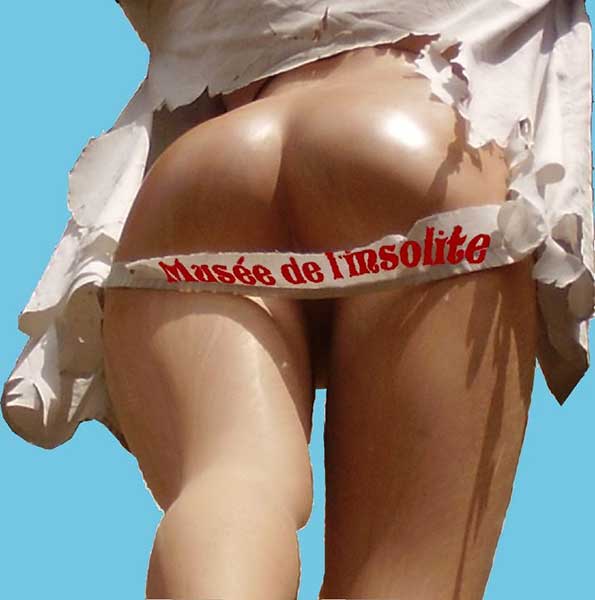 It is at the foot of one of these cliffs that abound in the Quercy region, not far from the prehistoric ornate cave of Pech-Merle, that the self-taught artist and former tanner, Bertrand Chenu, settled.
In the Célé Valley, 3 km from Cabrerets, in the locality of Liauzu, the master of the place has gathered together all the objects he has collected since his childhood, the "raw material" that he stores in his "nimtequoirium" - attic - before using it.
Tepee made with road signs, "tanned" car, "zoo-illlogical" park of species in the process of appearing... the museum of the unusual is the meeting place of humour and surrealism.
The museum is leaning against the cliff that is loved by jackdaws and a Simca! Every year, new items are added to the museum...
A sewing machine with horns that becomes "Mr Singer's goat", "Don Quichiotte", a giant Swiss knife "special for vegetable gardens", Iron Age wolves unique in the world, a motorcycle, lino marquetry, a bicycle made from film reels, a car torn apart as a totem pole, a bus full of little pigs with caps... so many unusual objects to discover.