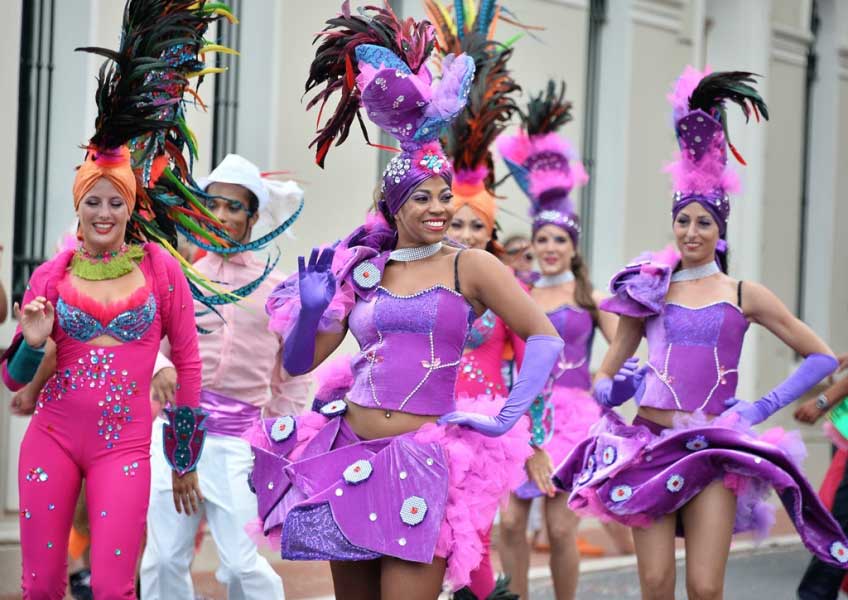 The Monaco Carnival is not new.

However, the tradition has greatly evolved over the centuries. In the past, the streets of the Rock welcomed during the Carnival period, before Lent, people in disguise, often women dressed as men and men dressed as women.

Young men would blow up a mannequin of straw and rags, "u payassu", and happily throw eggs, flour, beans, lemons and oranges at each other. At the end of the Carnival, "u payassu", hung and burned on a terrace of the Palace, gave way to music and balls.

After the war, the Carnival was still held in winter and on the Rock, but the festivities were reduced to three days. The young people, "i mufi", threw the same "payassu" into the air, which ended up being hung and burned, but this time in the Town Hall square, on Mardi Gras day. The confetti, less dangerous, had replaced the miscellaneous projectiles.

More recently, the Roca-Club, the committee in charge of organising the Carnival, has taken up this tradition by adding tanks and brass bands to liven up the procession.

This time, even though "u payassu" still existed, it was "u sciaratu", from the Monegasque "noise, heckling", which was honoured in the form of a Carnival king strutting around on a chariot.

The success of this event prompted the organisers to move the corso to the summer so that residents and tourists could participate in greater numbers. As always, the festival ended with a grand ball.

Since the 90s, this tradition had completely disappeared. Today it is being revived thanks to the initiative of the Town Hall.