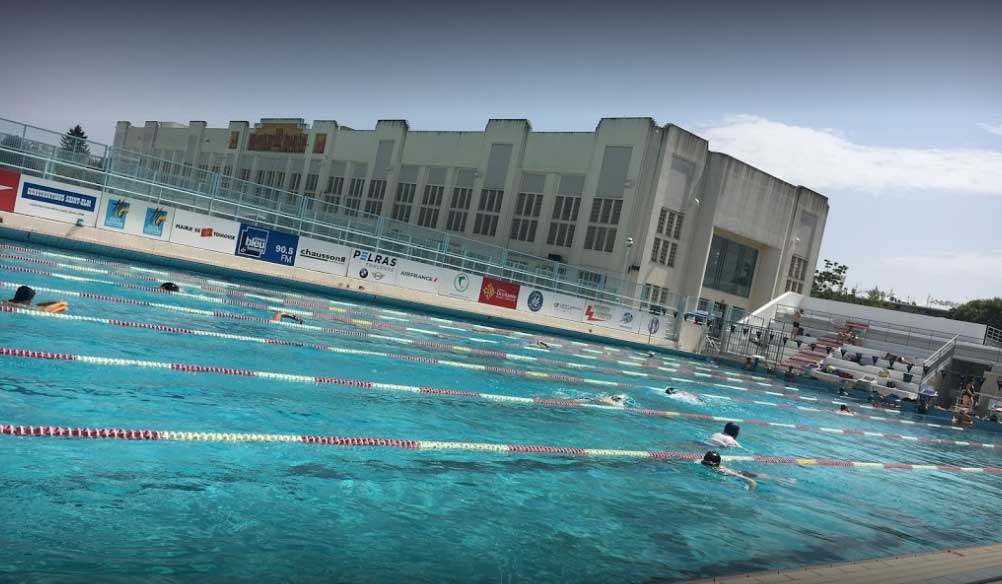 info_outline
You are here: Home / Regions / Occitany / 31-Haute-Garonne / The Nakache swimming pool, formerly the largest pool in Europe, heated in the open air at 27° all year round

The Nakache swimming pool, formerly the largest pool in Europe, heated in the open air at 27° all year round

All Toulouse inhabitants are familiar with the Piscine Nakache, the large swimming pool of Toulouse composed of three pools, two of which are Olympic pools.

- A very large one of 150 by 50 meters. This Art Deco creation even has a rockery with its waterfall. This pool is the 5th largest in the world.

The ensemble owes its name to Alfred Nakache, born on 18 November 1915 in Constantine and died on 4 August 1983 in Cerbère (Pyrénées-Orientales).

He was a French swimmer and water polo player.

Nicknamed "Artem" (the fish), he is also known as the "swimmer of Auschwitz", where he was deported during the Second World War.

After the war, he returned to Toulouse, with his second wife, and became a professor of physical education at the Faculty of Law.

He resumed training, and weight, since when he left Auschwitz he weighed only about forty kilograms, and before the camp he weighed about eighty.

Believing that he died before the press announced his return on April 28, 1945, the City had given its name to the winter pool on the Île du Ramier.

He returned to the top of the rankings (French champion and taking part in the 3 × 100 m 3 swim world record, with Georges Vallerey and Alex Jany, on 8 August 1946) and took part in the 1948 Summer Olympic Games in London, becoming, in addition to being a swimmer in the 200 m butterfly stroke event, also a member of the French water polo team.

He was selected again 12 years after his first Olympic Games.

In 1946, he learns of the confirmation of the death of his wife and daughter.

In 1948, he joins forces with Marie, a young woman from Sète.

He was then very close to Alex Jany's family and in the 1950s he took part in the training of Jean Boiteux.

After ending his career in Reunion Island, he died on August 4, 19836, following a malaise while swimming in the port of Cerbère.

He is buried in the Le Py cemetery in Sète.