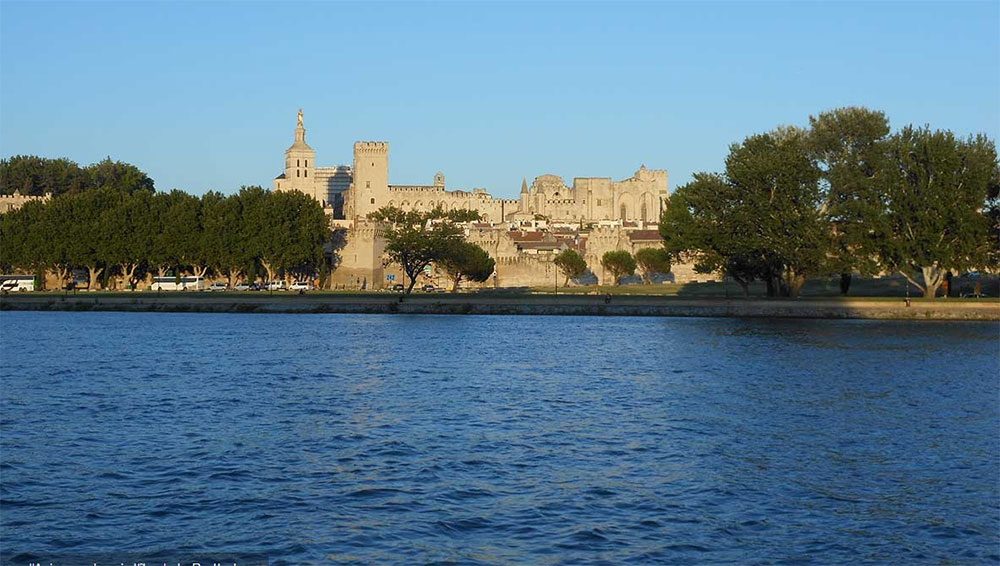 Neighbourhood of Avignon, its green lung, the Barthelasse Island is the largest river island in Europe . On the other side of the famous Avignon bridge, the Saint-Bénézet bridge dating from the 12th century, the Barthelasse island is a flood zone very popular with walkers, farmers...

Seven hundred hectares make up the island, 400 of which are arable. The island has a town hall, a school, a hairdresser and two restaurants and has a population of barely a thousand inhabitants.

The Barthelasse Island is the result of the gradual welding of a string of Rhone islands, including Piot Island, which forms the tip of the island to the south and which has retained its name.

A lake is still present in the north of the island, the lake of the Parc des libertés.

Do not miss the discovery of farms and natural areas by walking and following the hiking trails.

Also worth seeing is the Château de la Bartelasse, built in the 16th century by Jean de Fogasses to mark the boundary of the Kingdom of France with the Papal States.

Many areas are dedicated to leisure and relaxation with a skate park, a football pitch, a swimming pool, a lake, an airy centre and a youth hostel.

Part of the banks of the Barthelasse Island is classified in the inventory of natural resources as a ZNIEFF, Natural Zone of Ecological, Faunistic and Floristic Interest. They are home to nesting birds, hedgehogs, shrews, weasels and badgers, dormice and beavers, but also hawks, grey herons, diving ducks, mallards, cormorants...

The Rhone meadows make strange water lilies, the invasive water lilies of the Amazonian carpets where carps and batrachians frolic. Here herons, snipe and waders live together. Great lovers of willows and softwood poplars, beavers are present all along the Rhône, as are otters.

On the water, there's a good chance you'll come across a rowing boat from the Société nautique d'Avignon. This is where the rower Jérémie Azou, the 2015 world champion, trained.

The towpath, very calm and pleasant, offers a breathtaking and exceptional view of the bridge of Avignon, the Rocher des Doms and the Popes' Palace.

label People from here Gastronomy [to drink] cities and villages

The Belles and the Hermits of Cheval Blanc