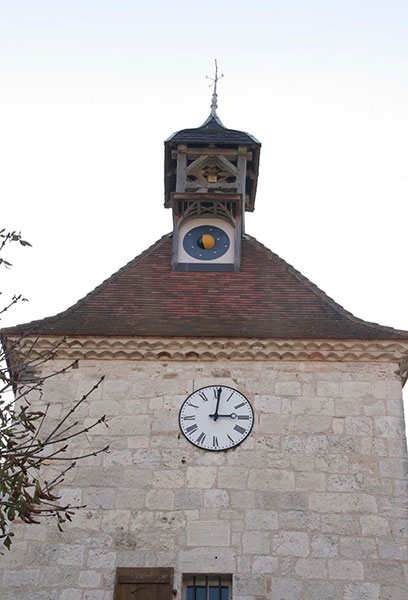 Tournon is a wide and high bastide, perched on a pech, on the border between Lot-et-Garonne and Tarn-et-Garonne and 20 km from the castle of Bonaguil.

In 2021, the city joined the prestigious club of the "Most Beautiful Villages of France".

Tournon, a Celtic oppidum and Gallo-Roman trading place, was a royal bastide founded in 1271 by Philip III son of King Saint Louis. During the Albigensian War in 1212, the winner of the Albigensian War, Amaury de Montfort, gave the house of Abescat to the Bishop of Agen.

In 1580, the Protestants razed the Catholic church to the ground and it was replaced by the Abescat. The Récollets convent was built in the 17th century on the ruins of the old castle of Tournon, in order to revive the Catholic religion after the departure of the Protestants.
During the period of the National Convention (1792-1795), the commune bore the revolutionary name of Tournon-la-Montagne.

A heritage due to its rich past

In Tournon, you must discover the ordered streets, the place des Cornières and its old well, the belfry and its lunar clock, the house of the XIIIth century, the water tower, the old house of the Bishops of Agen, the church Saint-André de Carabaysses registered with the Historic Buildings, or church of Lamothe, the house of Abescat of the XIIIth century and also classified with the Historic Buildings, the municipal garden...

An orientation table guides the visitor through the green landscape of the Boudouyssou valley.

On the other side, the view stretches from the Verdus forest towards the Quercy Blanc.

But the curiosity of Tournon d'Agenais is its lunar dial.

This one deserves some technical explanations: the lunar cycle being of 29 days, 12 hours, 44 minutes and 2.8 seconds, the small hand of the clock making two turns per day, this movement is transmitted on a plate of 59 teeth whose axis is directly connected to the ball.

The error of 7 hours per year due to the 44 minutes and 2.8 seconds could be made up by moving the plate back by one tooth every two years, i.e. a very minimal shift.

The drive was modified during the electrification of the clock by a micro-motor which could not bear to run these rather archaic and very hard links.

All this was memorized with the help of ball bearings and cardan shaft transmissions, repainted and put back into service in December 1990 and since then, ensures the exact phases of the lunation.

Tournon is the land of the tourtière, an excellent ultra-fine pastry made with apples and sometimes raisins, whose feast day falls on 15 August.

Monflanquin, bastide not to be missed

In Moncrabeau, the truth if I lie...