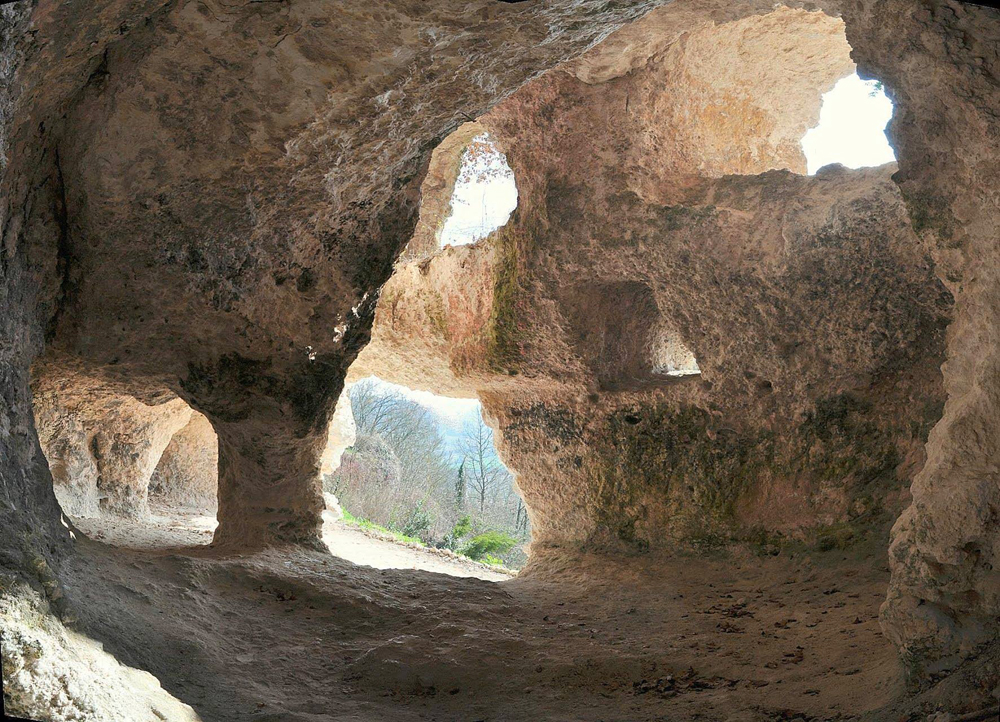 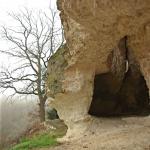 info_outline
You are here: Home / Regions / Occitany / 82-Tarn-et-Garonne / "Lou Roc des Nobis" and the legend of the troglodyte bride and groom

The Roc des Nobis is a troglodytic site which the visitor accesses by a landscaped path.

"Lou Roc des Nobis", as it is called in Occitan, is located below the village of Roquecor, under the cliff and leaves a mysterious legend hanging.

"At the dawn of the Middle Ages, a beautiful wedding took place in the church of Saint-Martin de Roquecor.

Lords, manants and knights all gathered around a large table, feasting under the castle ramparts.

Suddenly, in a terrible crash, an enormous rock was detached and the bride and groom and their guests were swallowed up forever. »

This rock and the place from which it broke away are still visible.

At the site of Roquecor, the first traces of settlement date back to the Bronze Age, especially at the troglodytic site "Lou Roc des Nobis", located below the village.

The Roc des Nobis is a troglodytic site which the visitor accesses by a landscaped path.

Bordered by shrubs, flowers and plants of various species, this passage is considered a park in its own right on the edge of the village of Roquecor, even if it is only a few dozen meters long.

Also to be seen in the village

A curious dungeon that dates back to the 19th century and houses the town hall.

Its builders wanted it higher than the village church rebuilt at the same time.

Two established circuits, diffused by the Tourist Office of Montaigu, allow to discover them and to get the keys.