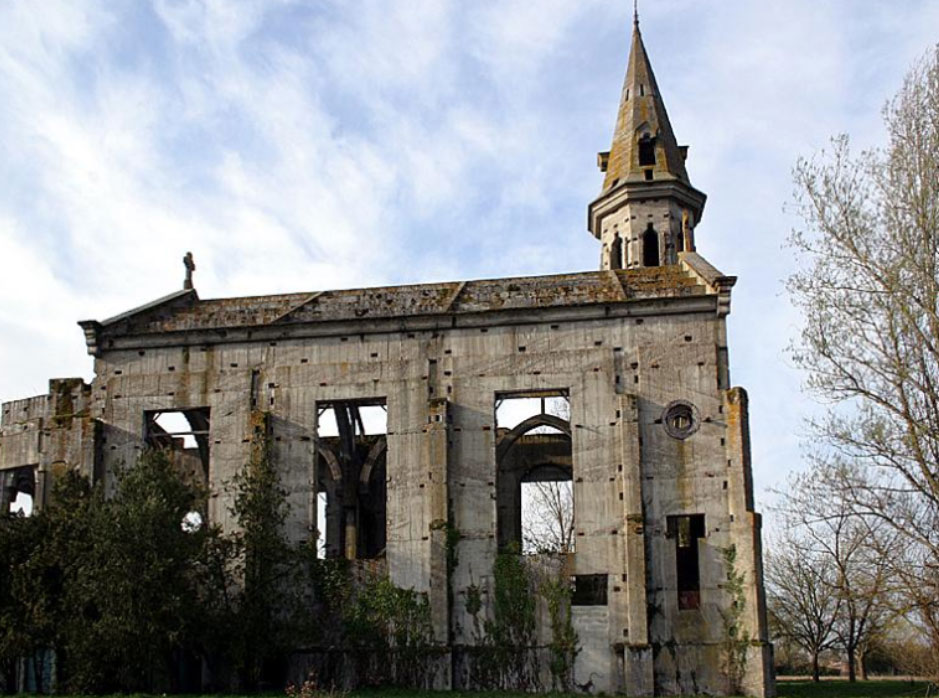 A "Sagrada Familla", a church built thanks to offerings, in Léojac where a priest as ambitious as charismatic decided to build for his flock a basilica to match his dreams.

The basilica of Les Fargettes is the work of Father Garibaud born on October 6, 1872 in Vazerac who began his priesthood in Léojac on July 27, 1927 in the modest church of Saint-Symphorien. This church was destroyed in 1561 by the Protestants then rebuilt during the 17th century. This small church was not at all to the taste of the abbot.

One day, he gathered the village together on a piece of land he had chosen and ploughed the outline of the basilica he had planned to build. He blessed the place and had a cross made of two fir trees planted there. The land, which was privately owned, was not acquired by the diocese until 1946 for the sum of 10,000 francs.

Thanks to many donations and the hard work of the faithful, the imposing building began to be erected on its hillside over the years, before the last war helped to limit the offerings and empty the village of its living forces...

World War II put an end to fundraising. In 1944, Father Garibad was retired at the age of 72. He retired to the retirement home in Montbeton where he died on February 2, 1950. Bishop Theas ordered the project to be abandoned after the Second World War.

The building site was stopped and never resumed.
Today, the basilica is still there.
We should rather talk about the skeleton of the church.

To your good heart!