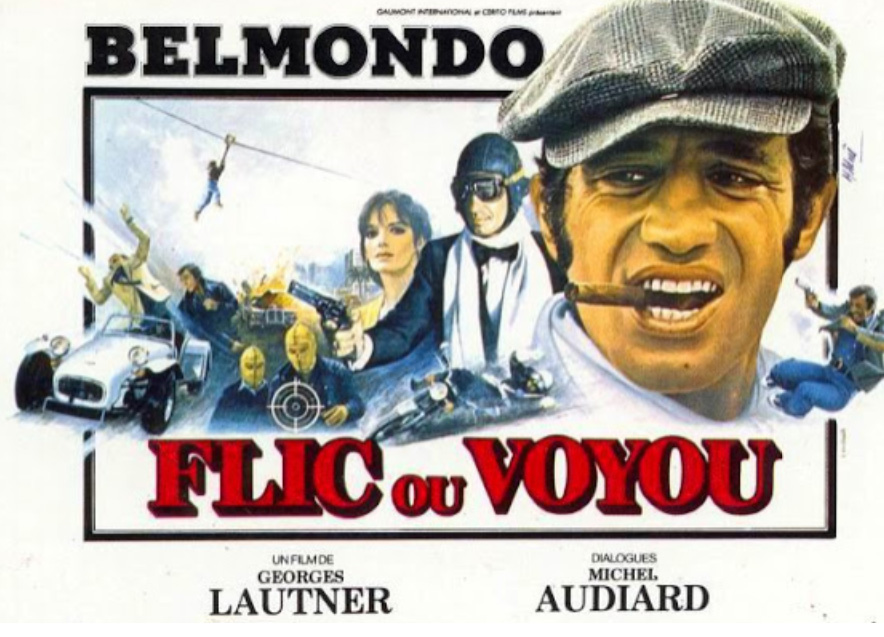 Belmondo, "Cop or thug" on the Riviera

Flic ou Voyou is a French film directed by Georges Lautner, released in 1979.

In Nice, a gang war between two local mobsters, Achille Volfoni, known as "le Corse" and Théodore Musard, known as "l'Auvergnat", is raging in the city, which the police cannot stop because of the complicity of certain law enforcement officials with the two kingpins.

At the same time, divisional commissioner Stanislas Borowitz of the "police des polices", using particularly expeditious methods to counter the ripoux, was sent from Paris with the agreement of the Nice commissioner Grimaud to "clean" the city of Nice of its crooks and police corruption, while investigating the murder of commissioner Bertrand, a notoriously ripous-looking police officer, who was murdered in a hotel room while he was there with a prostitute, also killed.

In order to carry out his investigation as well as possible, he pretends to be the prostitute's brother, a petty thug by the name of Antonio Cerruti.

During his investigation, he discovers that two policemen, Rey and Massard, also involved in the murders, are in cahoots with "Corsica".

Shooting in Nice and surroundings

Flic ou Voyou is the first film in Jean-Paul Belmondo's career to surpass one million admissions in Paris and its suburbs.

The screenwriters then had the idea of making a second film for him, "Le Guignolo".

In addition to Belmondo, most of the other actors in the film are in the film: Georges Géret, Charles Gérard, Michel Galabru, Philippe Castelli, Tony Kendall and Michel Beaune.

A large part of the film was shot in Nice: you can see the Promenade des Anglais on several occasions, the Place Masséna where the Auvergne (Georges Géret) finds himself naked, the Vieux-Nice (Langlois' bar), the port where Rey and Massard are talking, ...

The scene of the driving licence exam was shot in the Saint-Maurice district around the Parc Chambrun.

The police station is located in the premises of the Palais de la Préfecture.

Belmondo flees by zip line on the construction site of the amusement park Zygofolis.

The scenes at the beginning of the film take place in Èze and Cap-d'Ail while the campsite Le Pylone is located in Antibes and the casino in Juan-les-Pins. The interior scenes were shot at the Victorine studios.