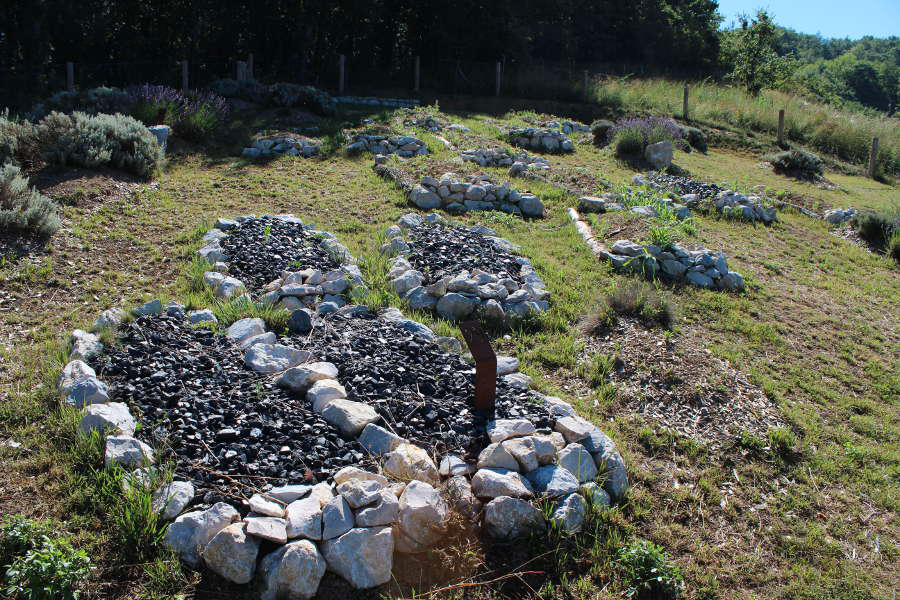 At the top of the hill overlooking the village of Teilhet in Ariège, the site of Tabariane is an archaeological site where 300 Merovingian tombs have been discovered, 75% of which are intact, as well as numerous objects, weapons, ornaments, belt buckle plates, some of which are deposited in the nearby museum dedicated to Merovingian art in Mazères, as well as in the Saint-Raymond Museum in Toulouse.

The site was discovered around 1870, with systematic excavations beginning in 1901.

They were first conducted by the departmental archivist Joseph Poux and Captain Maurel, and continued the following year by Robert Roger. Since then, campaigns have continued led by J.M. Durand and nowadays by Nicolas Portet and his teams.

This site, dated by archaeologists from the 6th to the beginning of the 7th century, contains wooden tombs with unstudded boards in which the deceased of the same family were grouped together.

The tombs were arranged in regular rows, with the bodies fairly exactly oriented, and the hands sometimes crossed over the chest.

The Tabariane site bears witness to the funeral methods of the Merovingian period.

In addition, the Hôtel d'Ardouin in Mazères, transformed into a museum, allows visitors to discover the history of Mazères and the Merovingians at the beginning of the 20th century.

For several years now, a hiking trail has been set up on the site.

The excavations and development were carried out by LandArc.

To find out more about it:

It is also possible to organise guided tours by the