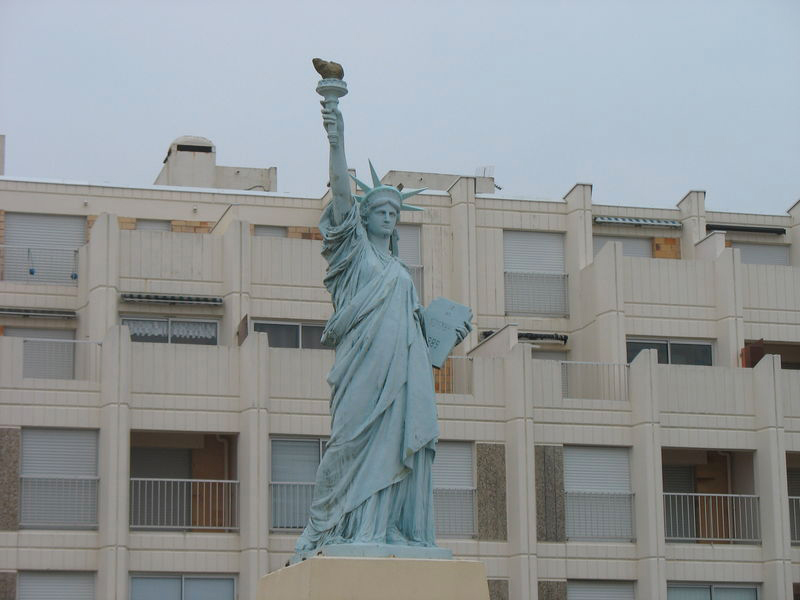 The Gironde Statues of Liberty

The Statue of Liberty in the Port of New York, by the French sculptor Auguste Bartholdi, was unveiled on July 4, 1886, but there are others.

The Statue of Liberty of Bordeaux

In Bordeaux, it is in Place Picard, this statue was offered by Bartholdi himself in 1888.

It was inaugurated on 28 April 1888. But as it was made of bronze, it was unblocked by the Germans in 1943, interested in metal as much as in the suppression of this symbol of freedom.

In the year 2000 a smaller copy was installed in its place, itself replaced by another one, made of resin.

Bartholdi's donation to the city followed the abandonment of his project to install a fountain in the hemicycle of the quincunxes.

Although he won the first prize for this project, the cost exceeded the budget and the work was never completed. As compensation, Bartholdi offered the city a replica of his statue, which had been inaugurated two years earlier in New York.

As an anecdote, this statue served as a support for some time for a joking artist who, at night, dressed it in such a way as to appeal to passers-by. Thus it was covered with a housewife's outfit, a burqa, dressed as a Guantanamo prisoner, a victim of traffic accidents...

In Soulac-sur-Mer, the Statue of Liberty is made of bronze.

Cast by the Thiébault workshops, it was purchased in 1980 by the municipality of Soulac-sur-Mer to commemorate Lafayette's embarkation for America. Before its final installation, the statue was in the stocks of the Parisian house Arthus-Bertrand, but its exact origin is unknown.