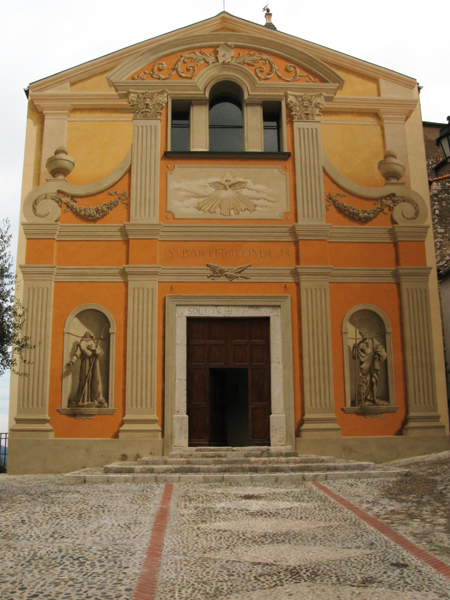 Gorbio, at the rendezvous of authenticity

Gorbio, situated at the foot of a mountain cirque, is the first hilltop village you discover when you come from Italy. It remains one of the most beautiful and authentic sites in the region.

Gorbio is also a very old village which already appears in the convention that determines the limits of the Count of Ventimiglia, in the year 1002.

In 1157, the village was ceded to the Genoese by Guido Gerra of Ventimiglia.

A century later, the fief passed into the hands of Beatrice, Countess of Provence. He returns to Ventimiglia, then takes the coat of arms of the House of Savoy.

With the War of Austrian Succession, the village is torn between the kingdom of Sardinia and France.

In 1860, by referendum, the fate of Gorbio is settled, the Gorbarians decide to join France.

It is also an old tricentennial elm tree in Republic Square. It was planted in 1713 and is classified since 2003 among the 100 most remarkable trees in France.

Gorbio is still the hundred-year-old fountain on the Place de la Mairie, built in 1902, which served as a drinking trough for mules and donkeys. It has the shape of a stick with its two lateral conquests that remind us of the large baskets that used to be hung on it.

Also worth seeing in Gorbio is the castle of the Counts Alziari of Mallaussene, always inhabited by the family, which dominates the village.

Also worth seeing are the ruins of the Lascaris Castle, a tower dating from the 14th century, the old communal bread oven, rue du four, the old wash-house, avenue de Verdun.

Without forgetting the parish church of Saint-Barthélémy, rue Garibaldi, dating from 1683 in baroque style and housing several paintings from the end of the 17th century. There are several statues, including a polychrome virgin and a black marble stoup from an Orthodox church.

The Saint-Lazare Chapel, from the 14th century, contemporary to the construction of the village, in Romanesque style with external arcades, and in perfect state of conservation. Legend has it that it was built where a plague epidemic stopped.

Finally, the Chapel of the Immaculate Conception of Gubernatis, which houses the animated crib created by René Zumerli.