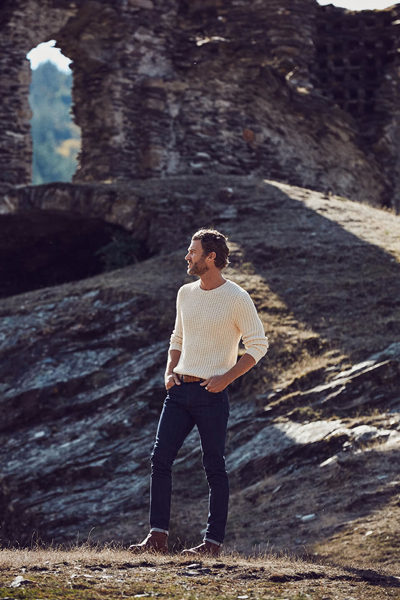 Tuffery, the French jeans more than a hundred years old

The story of Tuffery jeans, made in Lozere, is a true family saga.

In 1892, Célestin Tuffery began creating indigo-dyed work clothes at the age of 17 by opening the Tuffery workshop in Florac, in the heart of the Cévennes.

His first pants are reputed to be particularly functional and robust. Jeans were born.

In 1920 Alphonse, Célestin's son, discovered the trade of tailor-confectioner by observing his father, in the middle of the rolls of cloth from Nîmes and the large cutting scissors.

He understands, during his apprenticeship in Nîmes, the strong potential of the famous eponymous cloth, which will become denim.

The work pants of the Atelier Tuffery use this fabric very early on and make the family home the oldest jeans manufacturer in France.

The small workshop in Florac acquires a national fame by democratizing the jeans.

In the 60s, what was once a work clothing became a symbol of freedom, then a fashion item. Everybody wants their jeans and Atelier Tuffery employs up to 40 seamstresses to produce 500 jeans a day.

In the 2,000's, Julien Tuffery, the 4th generation of the family, is sensitive to these issues and is in turn passionate about this know-how, as close as possible to his father's and uncles' trade.

In 2014, Julien Tuffery and his wife Myriam decided to take over the family home and to bring back to light this treasure of French industry and know-how.

They give Tuff's back its historic name of Atelier Tuffery and return to its roots.

In 2017, on the occasion of the 125th anniversary of the family home, Atelier Tuffery inaugurates a new workshop and designs new models with contemporary cuts, adapted to the demands of our daily life, while continuing to edit the mythical models of the house, which still make its reputation today.

Tuffery has been awarded the "Living Heritage Company" label.

A miraculous spring for a Merovingian princess

Przewalski's horse, the last wild horse in the world is reborn in Lozere