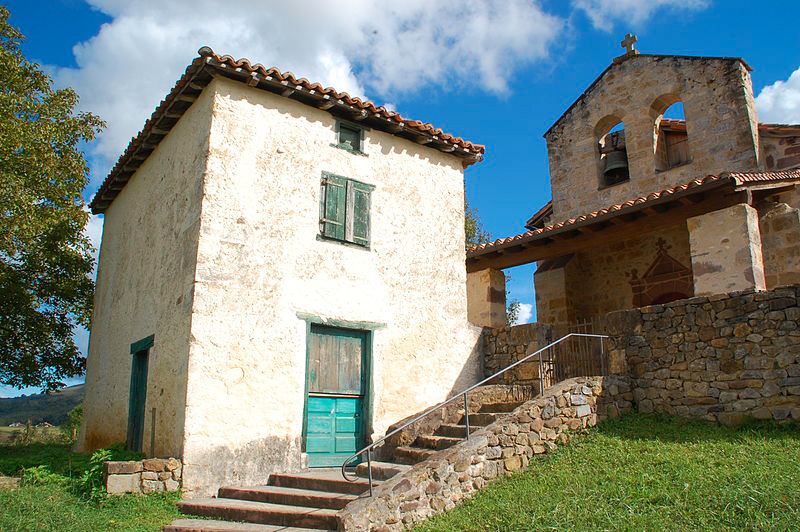 info_outline
You are here: Home / Regions / Nouvelle Aquitaine / 64-Pyrénées-Atlantiques / The Benoite in the benediction of Bascassan

The Benoite in the benediction of Bascassan

The small building next to the chapel of Saint Andrew of Bascassin is a "benoîterie", a typical Basque institution.

The benediction is one of the original features of the ancient Navarrese society. It is home to the "Benoite", the last of whom in Lower Navarre was Marie Cadiou, who died in 1991.

The function of the benoîte, typical of Basque culture, is most often held by a young girl from a noble family.

She plays an essential role in the ritual and maintenance of the church, to which she holds the keys. She also rings the bells, regulates the religious ceremonies, presides over the funeral rites, manages the girls' education...

She was graciously housed in a house granted by the commune, always in the immediate vicinity of the church and its cemetery.

"The benediction is located to the west of the church, with the staircase to the porch starting in front of the south entrance of the house. The building is rectangular in plan, with a square floor and an overhanging roof. The walls are made of limestone rubble and pebbles, partially covered with lime. The openings are modest, with wooden frames. A lean-to covered with corrugated iron is attached to the west side elevation of the house, which also has a secondary door. The first floor is divided into two rooms, one of which served as a kitchen. The fireplace with its triangular corbels, the vegetable garden and the stone sink have been preserved. The bedroom was on the first floor. The house has a henhouse and a vegetable garden surrounded by a low wall".

There were about thirty benedictionaries in the region. Because of the original appearance and the ethnographic interest of this type of building with a very modest program, four benedictionaries are protected as Historic Monuments, including the one in Bascassan, registered with its vegetable garden since January 11th 1991.

The interior has preserved its organization and its furniture.

The Museum of the Bishops' Prison