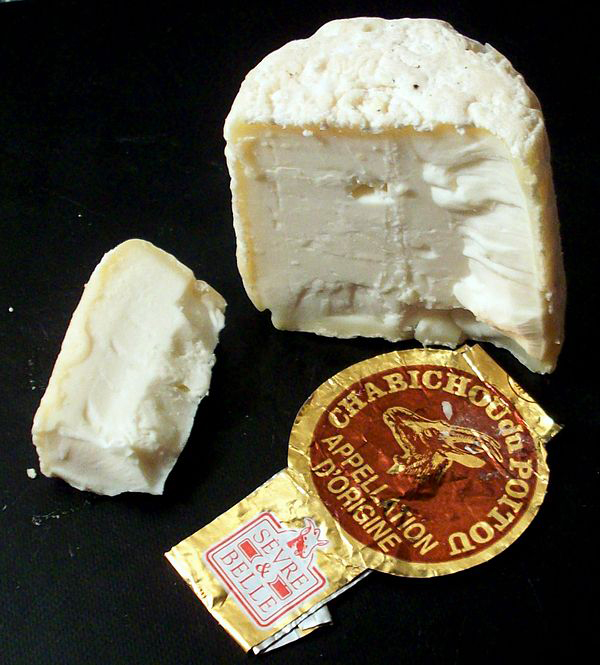 info_outline
You are here: Home / Regions / Nouvelle Aquitaine / 79-Deux-Sèvres / The legend of the Chabichou

As we know, "there is no Chabichou except from Poitou".

Made exclusively from pure milk of Alpine, Saanen and Poitevine goats and their crossbreeds, Chabichou du Poitou has the specific shape of a small trunk of a cone, known as a "bonde" by analogy with the piece of wood that used to seal the barrels.

But do we know the legend of Chabichou... or its History?

This legend is often repeated in Poitou. "In the year 732, Abd al-Rahman ibn Abd Allah Al-Rhafiqi, governor of Andalusia, found himself cramped in his province. At the head of his Saracens, he invaded the southwest of France to reach the gates of Poitiers where he came up against the troops of Charles Martel.

Definitely defeated at the battle of Poitiers, his army scattered in the wilderness and settled with families, luggage and herds of goats, or more precisely "Chebli "s, the Arabic name of the animal.

On this land, the goats adapt easily and produce milk in quantity. From this milk, was born one day the cheese of "Chebli", gradually named Chabichou.

Its fame spread throughout the region, and Charles de Clerge wrote in 1782: "We want to talk about the excellent cheeses which, known to the public under the name of Chabichou, enjoy a well-deserved reputation.

This legend seemed to be confirmed when in 1996, the Commanderie du "Gouste Chèvre de France", a brotherhood established in Saint-Maixent (Deux-Sèvres) and created in 1972 to promote quality goat cheese, helped the Syndicat de défense du Chabichou du Poitou, and a Chabichou du Poitou section was then created.

On this occasion, a medal was designed which offers in the middle a chabichou with a goat's head on its right, on the left the Turkish crescent, and all around the motto "There is no chabichou but Poitou".

Below, two dates appear: 732 and 1990, the official website of the Commanderie explaining that of these dates, the second is the official attribution of the appellation d'origine contrôlée (AOC), while the first is the subject of the following comment: "Charles Martel defeats the Saracens in Poitiers. This is the introduction of goats in the region and the origin of chabichou."

However, this legend is not unanimously accepted. "The Greeks and Romans obviously knew the domestic goat, which could not have been introduced into Europe by the Arabs in the 8th century AD! As for the arrival of the goat in France following the Arabs, it is an equally laughable idea, since the domestic goat was already consumed in Poitou in the ancient Neolithic, that is to say in the 6th millennium BC. (Joussaume & al., 1998: 48).

The debate is not over...