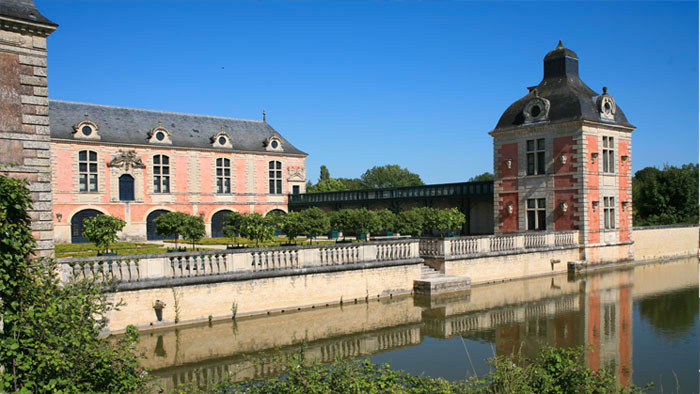 The village of La Mothe Saint-Héray (1850 inhabitants today) is the result of the reunification of two villages at the beginning of the 15th century: La Mothe, the less ancient, a medieval mound erected to fight against the Normans who went as far as Melle, and Saint-Héray, formerly "Sensiac", dating from the regrouping in the 6th century of farming families around Arédius who gave his name to the village.

The grand-nephew of Clovis had acquired a country house there.

La Mothe Saint-Héray offers many points of interest for tourists.

The Orangery, first of all. Built in 1634, by Nicolas Tillon, Richelieu's master mason, it remains the only vestige of the medieval castle. Transformed into a wealthy residence, the fortress welcomed illustrious people before being sold stone by stone in 1842. Only the Orangery was saved and in 1925 it was classified as a Historic Monument and three years later became the property of the commune.

The church was built during the last decade of the 15th century by decision of Jacques de Beaumont, Lord of Bressuire. It was transformed into a Temple of Reason during the Revolution and was therefore spared. It is built on an intermittent spring.

Also worth seeing are the Maillard, castle and convent squares.

Finally, when leaving the village, in the direction of Melle, a jagged rock, dominating the valley and resembling a human figure, is today called "Dame de Chambrille", giving rise to a legend.

The Silver Mines of the Frankish Kings