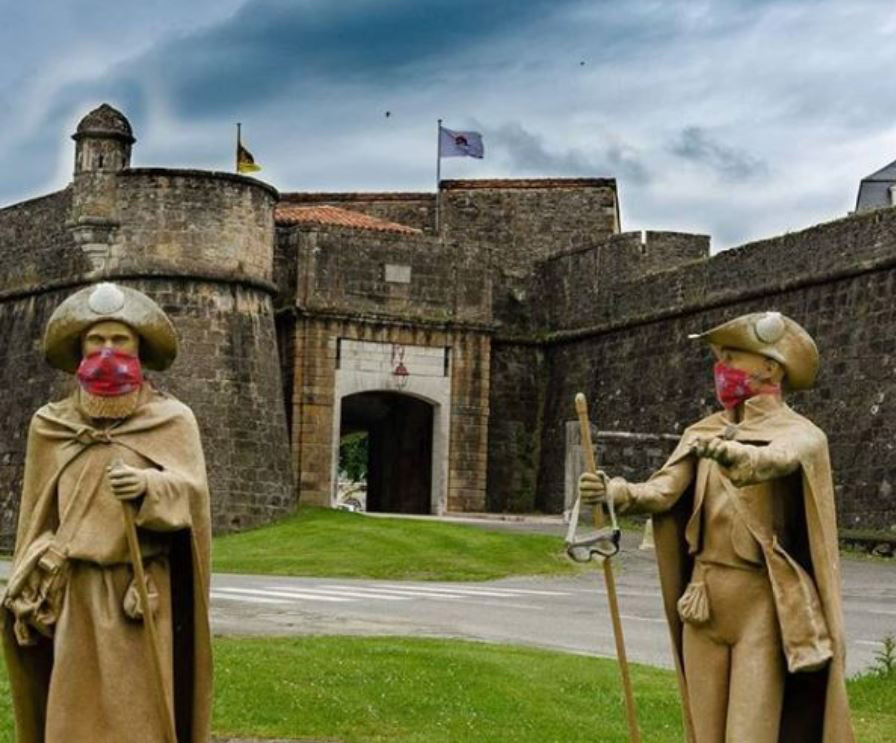 Navarrenx, the first bastioned city in France, a century before Vauban, Navarrenx has 10m high ramparts, classified as a Historic Monument and military constructions that bear witness to its rich historical past, bastions, half-moon, fortified gates and watchtowers.

Being one of the "most beautiful villages in France", it welcomes every year about 12,000 pilgrims as it is also a stopover on the Ways of Santiago de Compostela.

To see absolutely
The Saint-Antoine Gate, the Powder Magazine Tower, the Barracks Square, the military fountain, as well as Gothic houses and a 17th century arsenal are all beautifully preserved remains.

The ramparts of Navarrenx, a listed monument, are 1657m long and built between 1538 and 1547 with bastions, a half-moon, fortified gates and watchtowers.

Also worth seeing is the Navarrenx Interpretation Centre, a small museum in the Arsenal where several models and plans are on display.

The former powder magazine is a building located within the fortified city walls, near the ramparts and the bridge over the Gave d'Oloron.

Built in 1580, at the same time as the arsenal, it now houses an exhibition on the history of the bastide town of Navarrenx, which celebrated its 700th anniversary in 2016.

The visit should not forget the model of the Fortified City.

In the heart of Navarrenx, in the Tourist Office, you can see the model of the Bastioned City.  Through commentaries on the history of the town and the presentation of the important people who have marked the life of the city, the rich history of Navarrenx is presented in 15 minutes of commentary in several languages, French, Spanish, English, German and Béarnais.

The House of the Cigar is also a place, unique in Europe, which is well worth a visit.

Lescar and its Cathedral, necropolis of the Kings and Queens of Navarre

The kaskarots of Saint-Jean-de-Luz - Ciboure