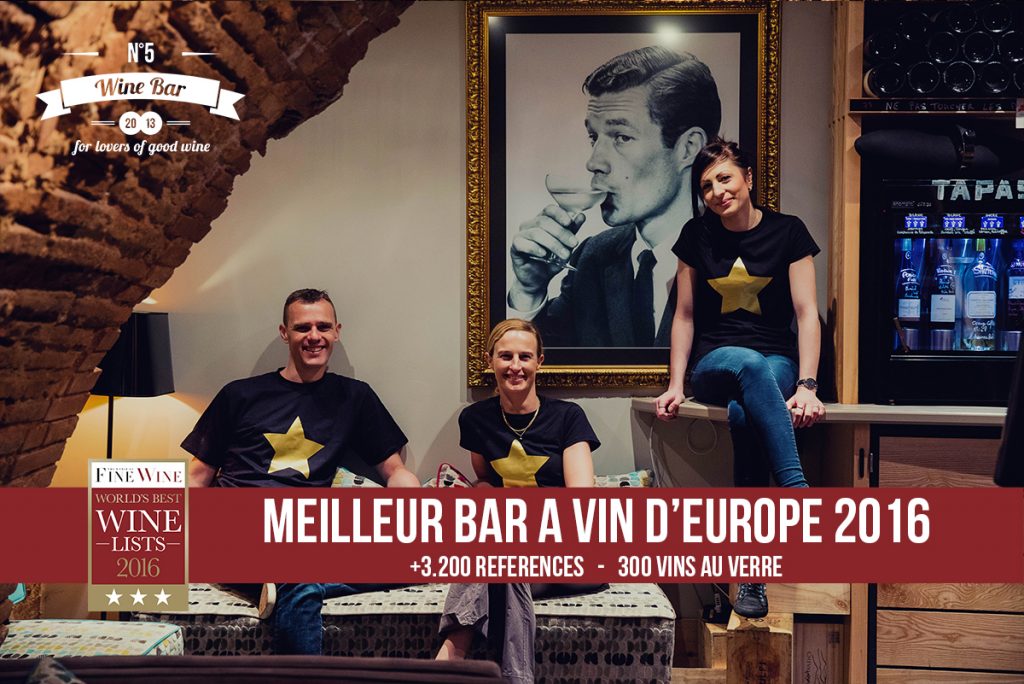 In June 2017, Thomas Cabrol, the owner of the N°5 Wine Bar was in the spotlight. Indeed, his bar had just been elected best wine bar in the world by "The Worl of Fine Wine", succeeding a New York bar".

Considered as the world's best wine magazine for the last five years, this quarterly brings together the biggest names in the sommelier world as well as specialised journalists, such as the French Michel Bettane, Bernard Butschy or Thierry Desseauve.

In June 2020, for the fourth consecutive year, N°5 Wine Bar received the same distinction from the prestigious magazine "Wine Spectator".

However, in the meantime, the owners have changed.

Anne and Thomas Cabrol, moved to the Tarn, and Philippe Meynadier, a wine merchant from Gaillac, took over.

In order to be elected on the highest step of the podium, the N°5 Wine Bar first won the categories "Best list of wines by the glass in the world" and "Most original list in Europe".

The N°5 Wine Bar, however, is only in its fourth year of existence.

Lovers of fine wines can taste a 1989 Château Pétrus, a Rotschild or discover wines from Tasmania and Japan by following the advice of Marjolaine Delhomme.

Today, the N°5 Wine Bar offers more than 7,000 bottles, including 1,200 different references from the four corners of the globe, bottles selected by the head sommelier, Nathan Menou.

With the new owner, the restaurant part has evolved.

From now on, the wine bar menu is unique, on weekday afternoons and weekend evenings. We concoct a modern French cuisine, gastronomic but not so expensive," explains Philippe Meynadier.

We make sure that our cuisine is made with local products. The vast majority of them come from the Victor Hugo market and the rest are supplied by small producers from Haute-Garonne, Tarn and Tarn-et-Garonne".

We still have to wait for the ranking of the even more prestigious magazine "The World of Fine Wine", which will publish its results in December 2020.