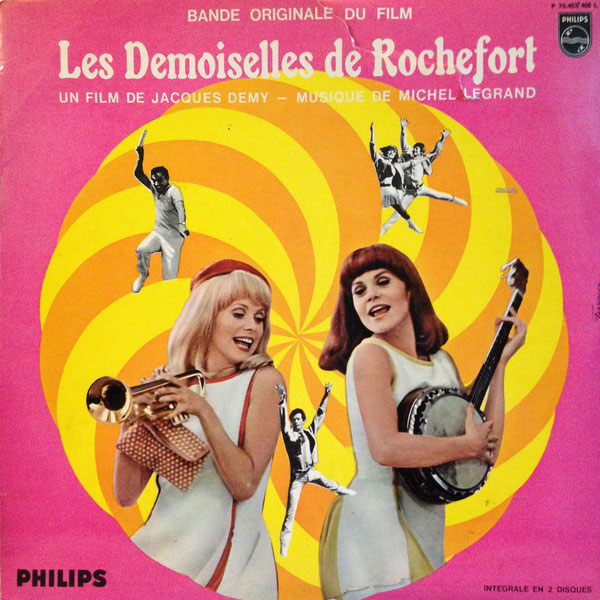 Broadcast, rerun and rerun again since 1967 "Les demoiselles de Rochefort" does not take a wrinkle.

The film opens with the arrival of a group of fairground performers, led by Étienne and his mechanic Bill. They set up shop on the Place de Rochefort.

Delphine and Solange are two 25-year-old twins, ravishing and spiritual. Delphine, the blonde, gives dance lessons and Solange, the redhead, gives music theory lessons. They live in music as others live in the moonlight and dream of meeting true love around the corner. Fairground people arrive in town and frequent the bar run by the mother of the twins. A big fair is getting ready and a dreamy sailor is looking for his feminine ideal...

A superb promotion for the town of Rochefort.