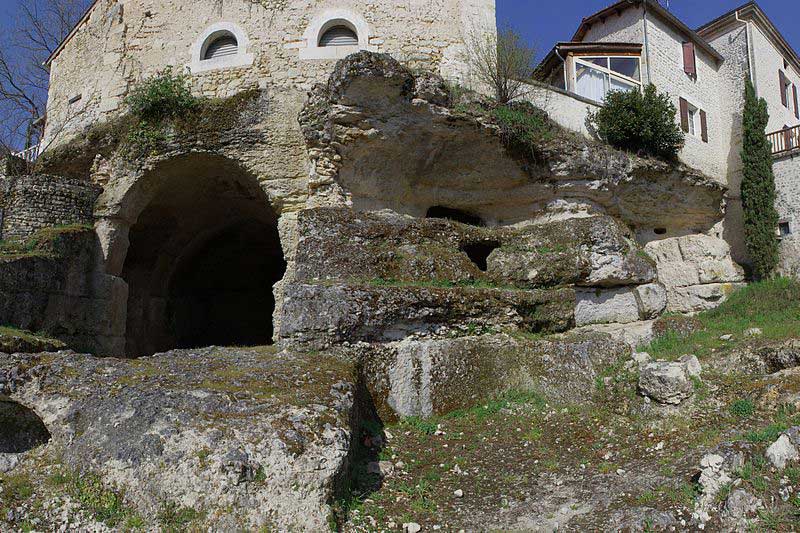 info_outline
You are here: Home / Regions / Nouvelle Aquitaine / 16-Charente / The legend of the bells of the rock church of Saint-Georges de Gurat

The story of these bells is reported by the author Jean-Pierre Veyrat. According to legend, the construction of Saint-Georges church was promoted by Saint Cybard, Bishop of Angoulême (504-581), during an evangelization campaign. The poverty of the inhabitants is such that they cannot afford a substantial building to honour Christ. The Saint then encouraged them to have a simple place of worship.

The inhabitants therefore dug into the rock below the small hamlet of Gurat in the 6th century. Saint Cybard wanted to dedicate the church to the saint of the day the building is finished. The church was completed on April 23rd and will be devolved to Saint-Georges,

Worship in the church of Saint-Georges is no longer practiced (or almost) since the religious wars (1562-1598). According to legend, the Huguenots decided to spare the bells of Saint-Georges church, but had to break the rock to remove them. They were so hard to remove that the Protestants preferred to throw them in the "gabare".

Another more fantastic legend reports that when the attackers broke the rock to take the bells from St. George's Church, the bells flew away....

The underground church of St. John, a unique monument in Europe

The legend of the Knight of the Maron Cross, inventor of the double distillation