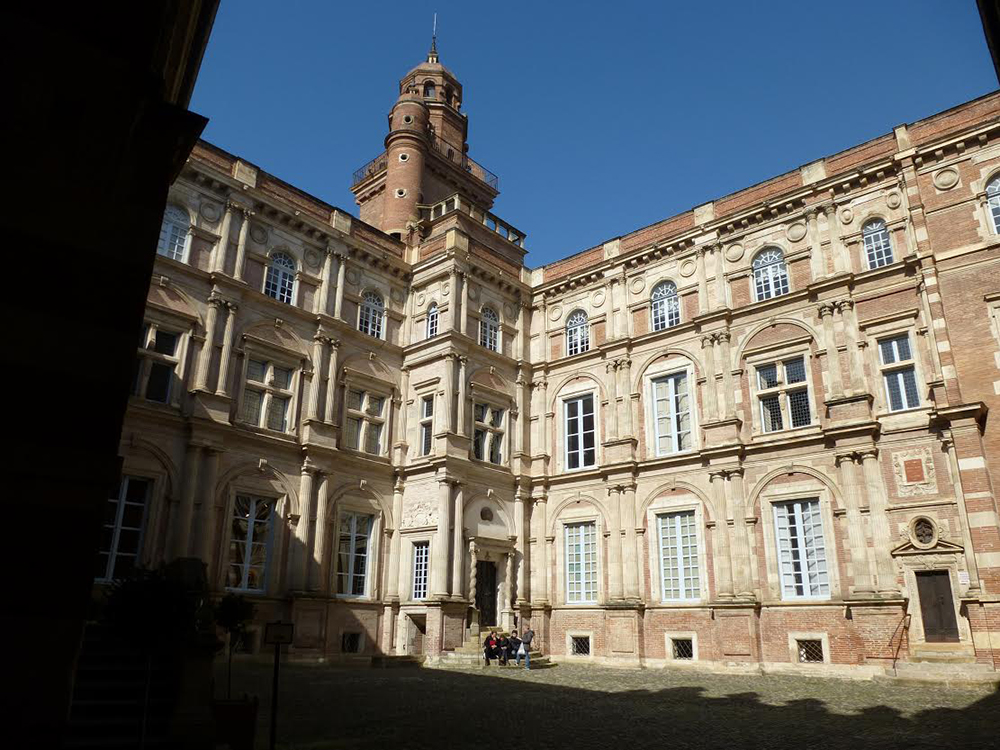 The Floral Games were created in 1323, in Toulouse, by 7 Troubadours to maintain the "courteous lyricism". These seven Troubadours were a damoiseau, Bernard de Panassac, an inhabitant of the Bourg de Toulouse, two money changers, two merchants and a notary.

They got together with the Capitouls to create a poetry contest, endowed with a golden violet which the Capitouls agreed to pay. The first prize was awarded on 3 May 1324.

Cjémence Isaure, the mythical muse and patron of Toulouse would have allowed the restoration of the Floral Games in the 15th century.

The "Compagnie du Gai savoir" was endowed with the status of Academy in 1694 by Louis XIV.

It is the heir to a tradition of seven centuries of excellence whose objective is to promote poetry in all its forms.

Every May 3rd, since 1324, it has awarded "Flowers" to the winners of the various competitions it organises.

Hosted since 1895 in the Hôtel d'Assézat, it has been recognised as being of public utility since 1923.