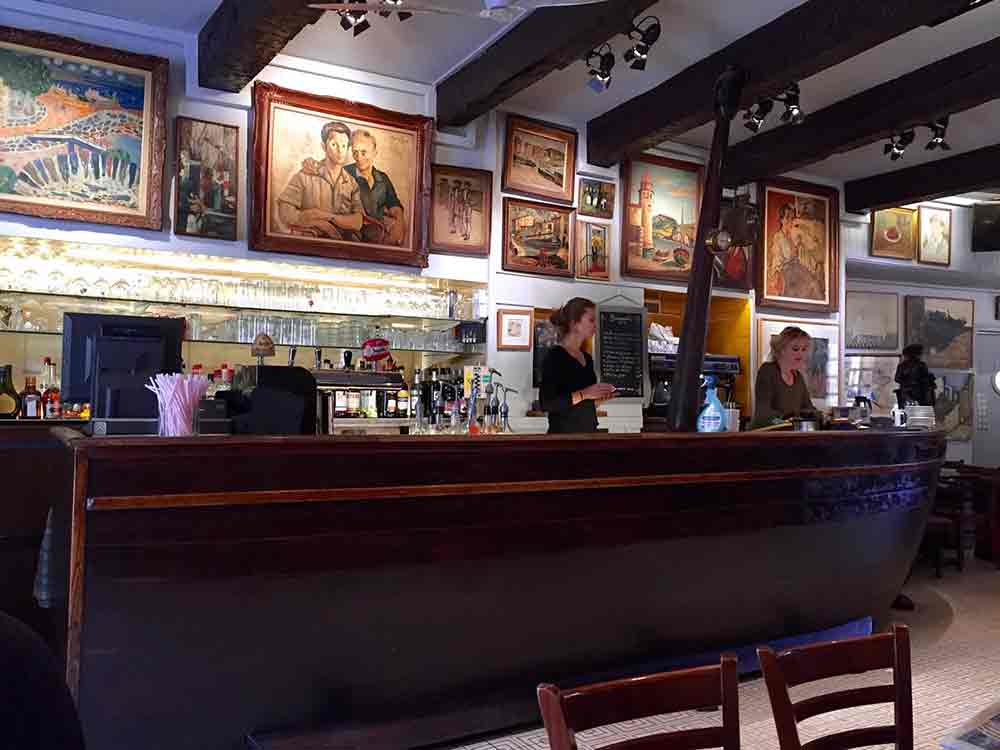 info_outline
You are here: Home / Regions / Occitany / 66-Pyrénées-Orientales / The hotel restaurant of the Templars, museum of modern and contemporary art

Located in the heart of Collioure, 50 m from the port and the beach, at the foot of the Royal Castle, ideally situated in a pedestrian area, the Hotel des Templiers deserves to be known for its originality. Indeed, for 3 generations, this establishment of the beginning of the last century, has welcomed many artists and sculptors who have left the traces of their passage in this unique house, typically Catalan, dedicated to modern and contemporary art.

In 1925, René Pous and his wife Pauline took over his mother's modest business, a small restaurant-hotel, and very quickly became successful. They were friends with painters and sculptors such as Matisse, Derain, Dufy, Maillol, Picasso, Survage... who offered him some of his works. This is how the collection of the site begins.

Thousands of works thus cover the walls of the stairwells, each corridor and each room.

The rooms with southern tones offer a view of the Castle and the port or the narrow cobbled streets of the village. The hotel offers two styles of rooms. In the oldest part, the rooms have Catalan polychrome wood furniture, some of them with views of the Royal Castle and the port. In the new wing of the hotel, more contemporary, the rooms overlook the narrow cobbled streets of Collioure.