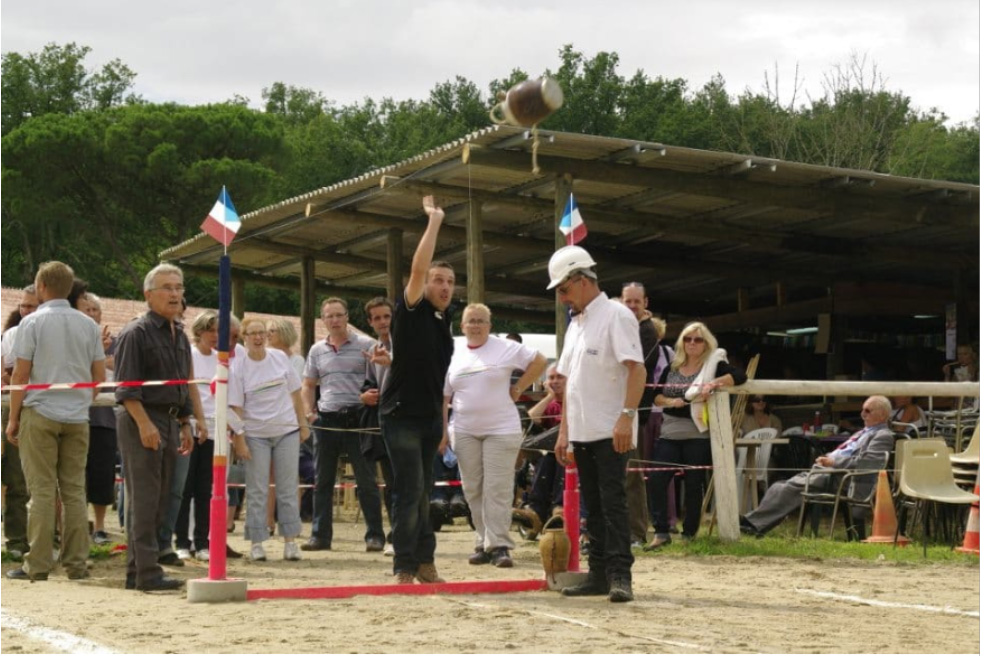 Generally in the Gironde, the jugs are used to serve Bordeaux wine at the table, but in Sadirac, they have another vocation.
Indeed this commune organizes the world championship of jug throwing, today relocated to the sports complex of the Gardonne de Loupes.
The competition apparatus weighs 2.1 kilos and was thrown at 19.58 metres during its 1st edition...
The record has since been beaten to 23.80m.
And if the friendly competition remains present, this event is also an opportunity to promote a heritage: the pottery know-how attached to this town.
Among the events on offer, the one reserved for elected officials and contested by teams of three is very popular and awards the coveted title of World Champion of Municipal Rugs.

The events are contested in several categories, men, women and children.

This event organized by the Association of Beneficence of Sadiracaises Pitchers has attracted, in its last editions, nearly 500 pitchers.

Thoreau, the rum with cognac from Bordeaux

label People from here Gastronomy [to drink] Amazing... isn't it? Made in Grand Sud