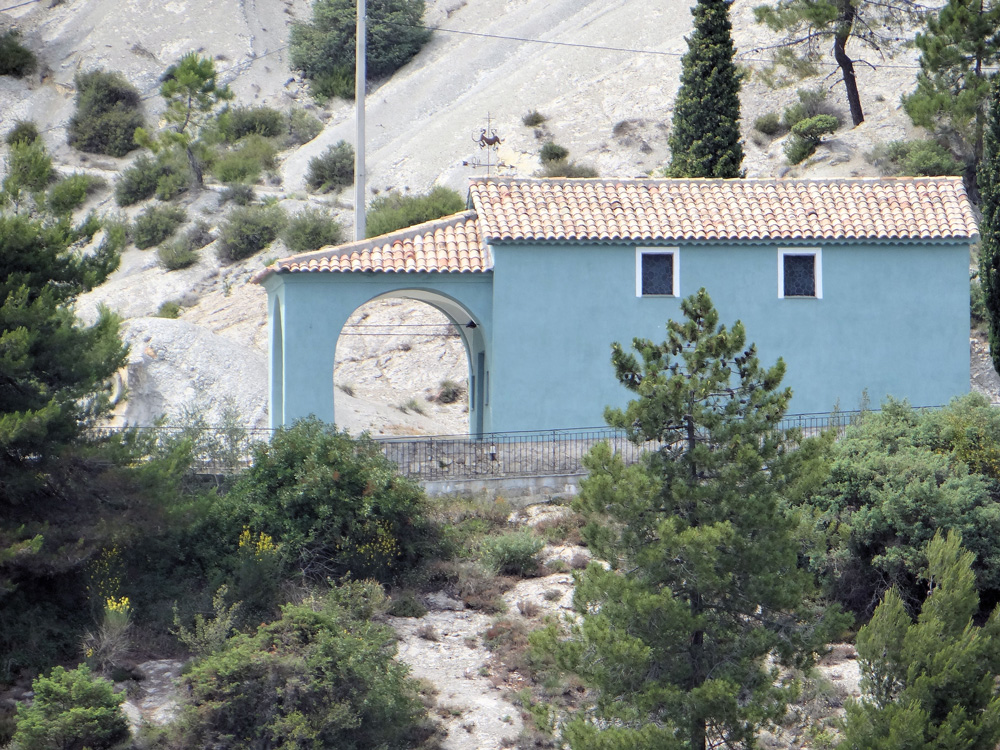 A former oratory dedicated to the Virgin (chapel of the Seven Sorrows) built in the 17th century, the Chapelle Bleue takes its name from the "chapel of Gressier" on this same site.
In fact, the site of Gressier is a vast rocky slab on which the peasants of the village used to spread out and dry their crops of figs, chestnuts and beans.
The inhabitants of Rocca Sparvièra used to pass by there and liked to meet with the Coarazians to pray.

It is endowed, quite rare in the region, with a porch opened on three sides by full arches and vaulted with ridges. The interior is also barrel vaulted.

The Blue Chapel was decorated in 1962 by the painter Angel Ponce de Léon. These frescoes illustrate on the right wall, the Nativity, on the left, the crucifixion and resurrection of Christ. They are executed in a cameo of blues that gave it its nickname of "Blue Chapel".
In 1992, the painter Ponce de Léon came to restore its frescoes.