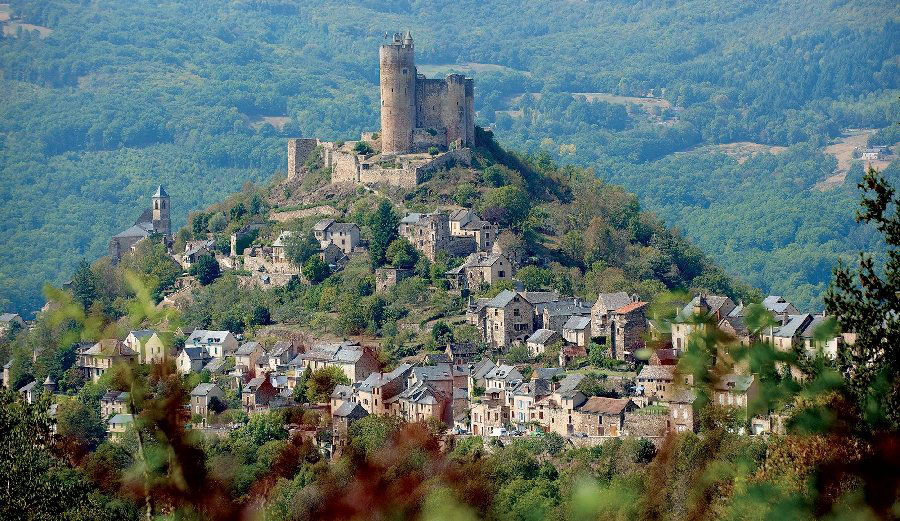 Situated at the top of a particularly steep rocky spur dominating a loop of the Aveyron, the fortress of Najac is 900 years old.
Its characteristic silhouette can be spotted from miles around.
It was erected in 1253 by Alphonse de Poitiers, brother of Saint-Louis, on the foundations of an old castle (square tower) built in 1100 by Bertrand de Saint-Gilles, son of Raymond IV, Count of Toulouse.
At that time, the village, a castral village, huddled at the foot of the castle that defended the valley.
The union of the two castles makes it a masterpiece of 13th century military architecture.
The 6.80 m long archers, unique in the world, allowed the shooting of three archers at the same time.
A secret corridor connects the Romanesque tower to the chapel of the keep overlooking the loop of the Aveyron by 200m.
The fortress was attached to the crown and did not suffer any attacks.
Its prestigious past was the scene of great moments in history: the first English occupation, the campaign against the Albigensians, the Hundred Years War, the imprisonment of the Templars, the Croquants revolt, not forgetting the French Revolution.
The Château de Najac was transformed into a stone quarry in the 19th century.
The demolition stopped after an accident that cost the workers their lives.
It was saved from ruin by the Cibiel family.
The castle is now open to visitors.

An artisanal chocolate factory since 1878... in an abbey!