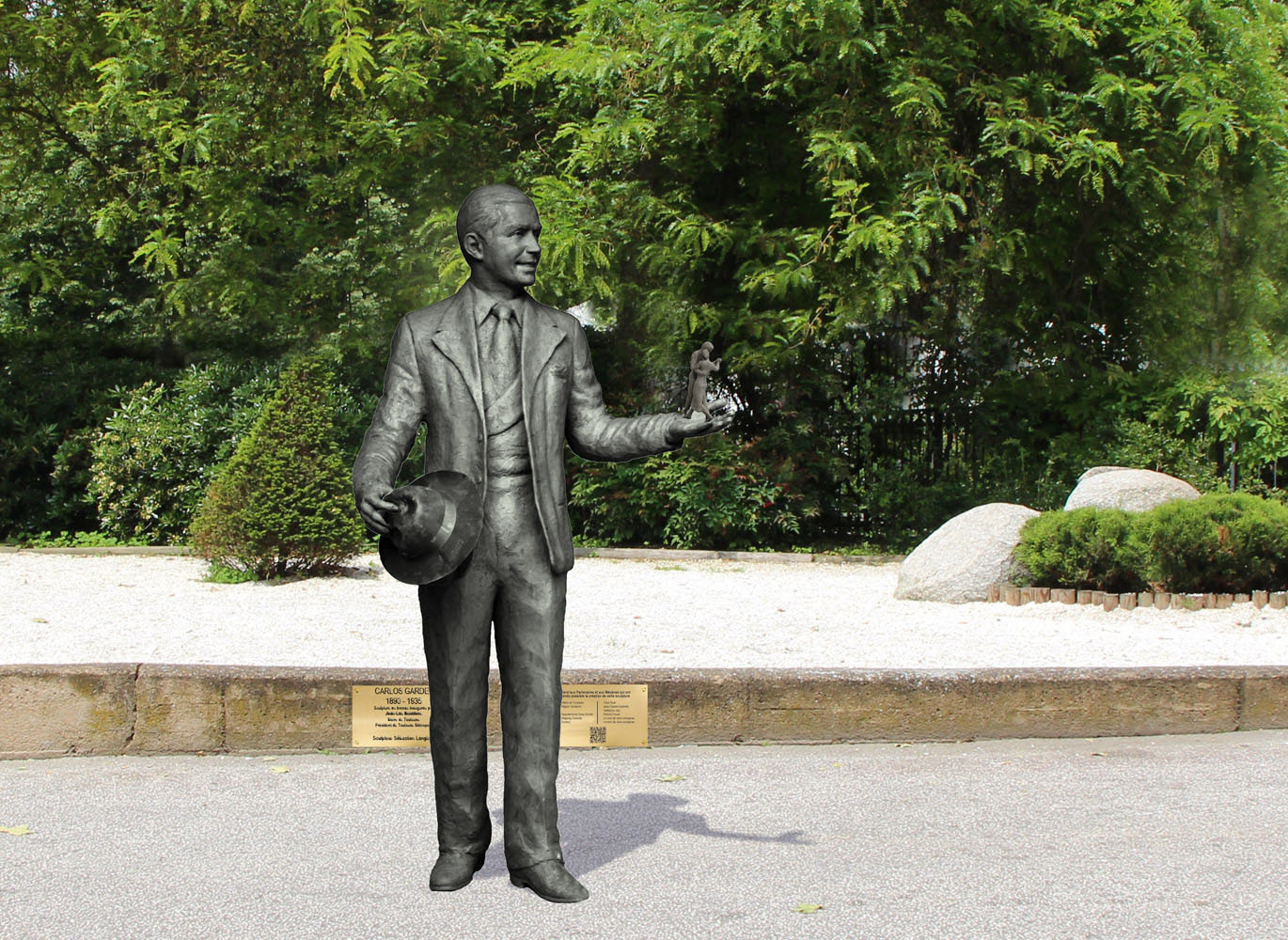 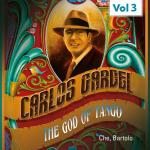 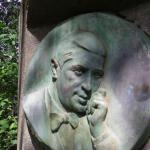 Carlos Gardel was a naturalized Argentinean singer and composer, considered the king of tango, the most important of the first half of the twentieth century.

Mysterious birth... in Toulouse
His birth has always been surrounded by a real mystery: Toulouse, Uruguay?
The battle continues.
He will choose Argentina, the country of tango, later.
In their work " Carlos Gardel: his French antecedents ", Monique Ruffié, Juan Carlos Esteban and Georges Galopa bring pieces which tend to prove that Carlos Gardel was indeed born in Toulouse, on December 11th, 1890, of the French ironmonger Marie Berthe Gardes, native of Saint-Geniès-d'Olt (Aveyron), and of unknown father, undoubtedly a seminarian cousin of Berthe. His alleged Uruguayan nationality would have had only one aim: to save him from problems during his tours in Europe.
His French birth made him eligible for mobilization during the First World War, and therefore liable to punishment for desertion during his visits to France.
The birth certificate of the La Grave Hospital was found by Monique Ruffié.
Another version would tend to prove that his father's name was Paul Lasserre, a native of the Saint-Aubin district of Toulouse.

Uruguayan version
According to a Uruguayan investigator, "Gardel did not use French documents to regularize his situation, simply because he was not Charles Romuald Gardès from Toulouse. The deep reasons for keeping this mystery alive were probably motivated by the desire to allow Berthe Gardes, his adoptive mother, access to the singer's inheritance, since this was her wish. Gardel called himself a Uruguayan because he was Uruguayan and came from an adulterous relationship with a politician.
Then Gardel adopted Argentine citizenship because he loved Buenos-Aires and was grateful and always kept a corner of his heart. France was foreign to him," concludes this Uruguayan investigator.

Life in Argentina
One thing is certain; his childhood took place in Buenos Aires.
During his teenage years, in search of independence, he abandoned his home and worked at various odd jobs to support himself.
He was always attracted to singing, imitating the great tenors and also singing in a café called O'Rondeman in exchange for his meals.
As an adult, he gave the cultural mode of music and dance that is the Argentine tango its letters of nobility and thus became a worldwide success.
He appeared in many successful films of this period, whose scenarios were a pretext for him to sing.
His last big tour took place in November 1933, in Paris, then in New York, and in the big cities of South America.
On Monday June 24, 1935, Carlos Gardel died at the height of his fame near Medellin in Colombia, in the plane crash where he had taken his seat.
He was not to see his city of Buenos Aires again.
Surprising in more ways than one, Carlos Gardel's voice was declared a World Heritage Site by UNESCO, which officially presents the artist as a "French-born Argentine singer".
This did not prevent the Toulouse defenders of his memory from not believing in his origin.

On 29 June 2018, a new statue of Carlos Gardel was unveiled in Toulouse, in the Compans garden. It is the work of Sébastien Langloÿs, already author of the one representing Claude Nougaro, another famous child of Toulouse.

The town hall of Launaguet, one of the most beautiful and astonishing town halls in France