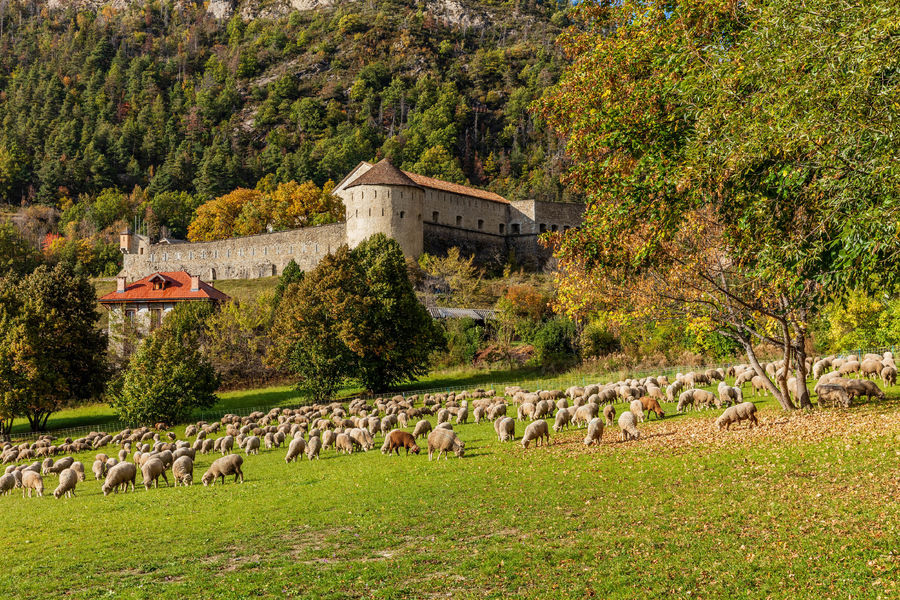 The Fort of Savoy

Located between Barcelonette and Entrevaux, Colmars-les-Alpes became a border town in the Middle Ages, in 1388, with the neighboring villages of Allos and Barcelonnette entering into an alliance with the Duchy of Savoy.
In the 14th century, the so-called Union War of Aix set fire to Provence.
The city was then protected from 1391 by a first medieval wall of which only the square towers equipped with crossbow loopholes remain today.
Later, François 1st, at war with Charles V, improved the defensive system (barbicans, machicolations) and gave Colmars the honorary title of city.
The enclosure will know some transformations around 1691-1692.
At the end of the XVIIth century, the defensive system of the city is strengthened on the Vauban's recommendations.

Two forts will then be erected, the Fort de Savoie, also called Fort Saint-Martin, upstream and exposed on the front line at the border, and the Fort dit de France, on the city side.
In the shape of a trapezium, this fort blends into the landscape, following the relief and topography of the place.
The Fort de Savoie communicated with Colmars-les-Alpes by a covered road.
A visit to the fort allows visitors to appreciate the watchtower, the vaulted rooms that now house exhibitions and the extraordinary larch wood frame of the very large armoury.

Oppedette, its fabulous Gorges and its preserved heritage

The Fort of Savoy