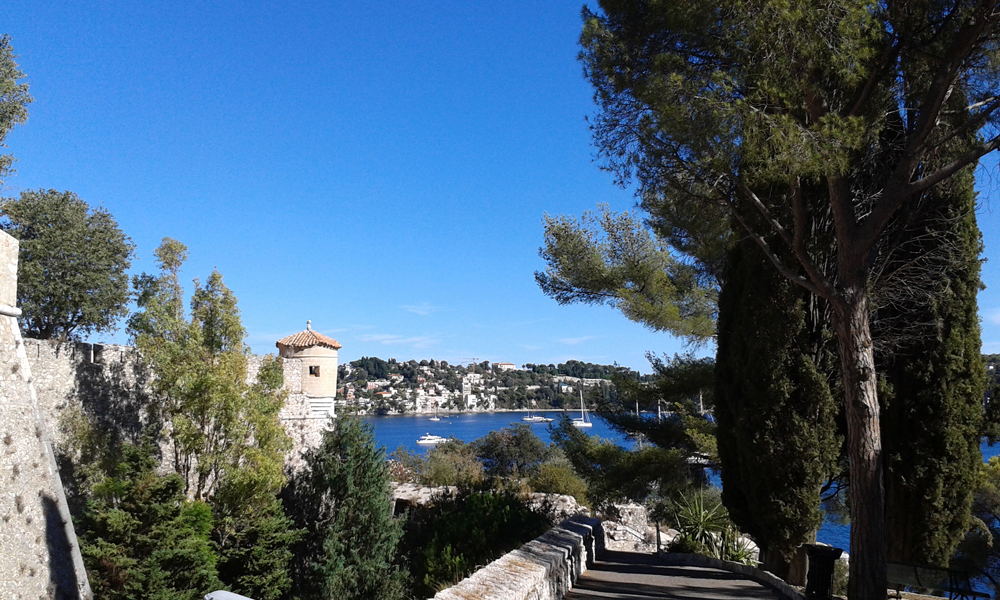 Located on the seafront of Villefranche, the Citadel of Saint-Elme was built to defend the port, its large bay and more generally the country of Nice.
It must be said that the city of Nice had suffered a siege in 1543 where nothing could resist the Turkish fleet allied to the famous pirate Barbarossa and his 110 galleys.
Work began in 1566 with a new defence system set up, designed by Gian Marie Olgiatti, an Italian engineer, and incorporating innovations in artillery and the use of gunpowder.
The plan of the building is a large trapezoid flanked at the corners by wider bastions on the sea side, the whole fort being surrounded by a wide moat.
A bridge provides access to the entrance gate.
The citadel is part of a vast defensive device "Alla Moderna" wanted by Duke Emmanuel-Philibert.
The satellite forts of Saint-Alban and Saint Hospice complete the citadel of Villefranche. Bought by the town in 1965, the citadel now houses the town hall, the museum of art and history and an auditorium...
Also not to be missed during your visit to Villefranche-sur-Mer, the Rue Obscure which will take you back to medieval Villefranche.
Situated along the first rampart, it was initially uncovered and was the continuation of the defensive parapet walk.
It is 130m long.
Four gates allowed access to the city.
Today, there remains one gate, "Portal Robert".
Thereafter, it was the subject of a not very regular urbanization to make up for the lack of dwellings located at the rue du Poilu.
It was listed as a Historic Monument in 1932.
Finally, it is also worth visiting the church of Saint-Michel, whose organs of the Grinda Brothers were listed as Historic Monuments in 1990 and the chapel of Saint-Pierre, decorated by Jean Cocteau.