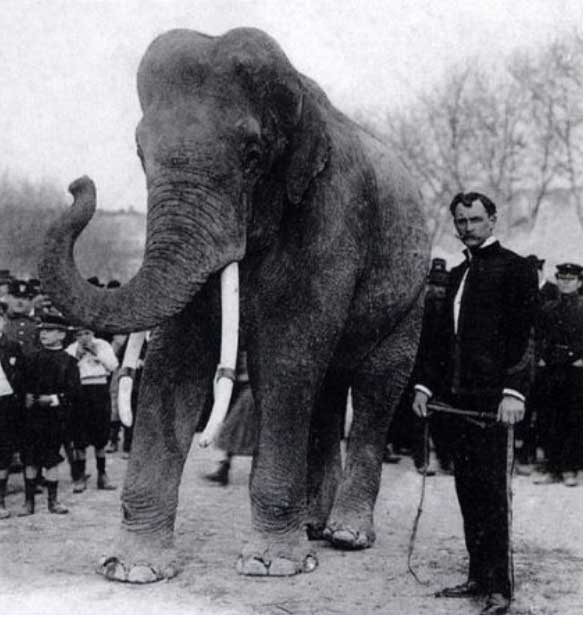 info_outline
You are here: Home / Regions / Occitany / 82-Tarn-et-Garonne / An elephant never dies - the good and beautiful story of Maistre Punch

Before arriving in the reception hall of the Natural History Museum of Toulouse, Punch, the resident of the Circus Pinder has had many adventures.
He is a beautiful male that his masters, the famous Pinder brothers, had brought from Asia for the shows offered at the beginning of the 20th century in the Tarn-et-Garonnais.
He was happy, Maistre Punch, both delighted to take advantage of the mild local climate and to sometimes help the peasants of La Ville-Dieu-du-Temple in their ploughing.
One day in November 1907, however, after having doddled his head and trunk for a long time, he broke his heavy chains, wounded his mahout and killed a horse that was passing by.
A few days later, a regiment arrived from Montauban and a dozen snipers were ordered to carry out the sad but inevitable task.
On December 1st 1907, "Maistre Punch" left this world but entered history and the Natural History Museum of Toulouse.
It was there that a taxidermist had to take care of the three tons that our elephant weighed.
Recently restored, Punch is loyal to the post and awaits visitors to the Museum.