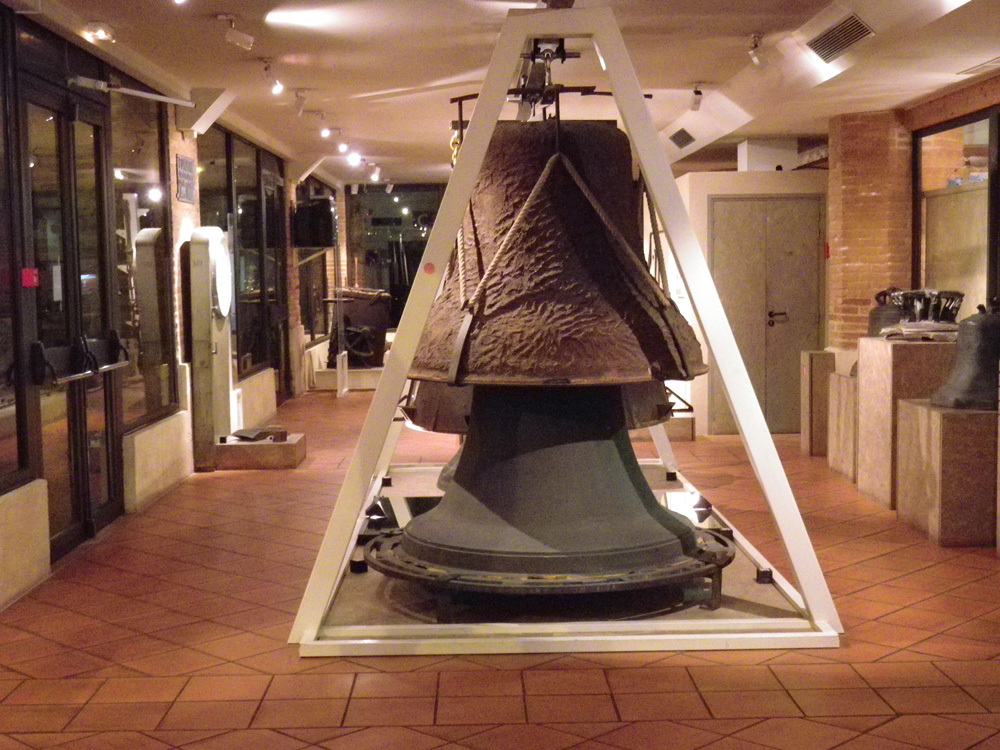 The European Museum of Campanile Art of L'Isle Jourdain was inaugurated on December 16, 1994, under the high patronage of François Mitterrand, President of the Republic, with the pontifical blessing of Pope John Paul II and in the presence of the Protestant authorities of the Midi-Pyrénées region.  It is located in the former 19th century grain market, listed as a Historical Monument,

Around the museum's flagship object, the Bastille carillon, a historical monument, a thousand objects from 5 continents and 4 millennia are presented: large bells from the West and the East, bells, bells, bells, bronze and wooden drums, rattles and simandres, keyboards and chimes, jewelry and sound toys.

Carillon of the Bastille
The monumental clock of the Bastille was miraculously saved after July 14, 1789.
The State bought it in 1989 at auction in Drouot from a restorer of the Place de la Bastille.
Next to this historical clock are various types of coins as well as cannons made of bell metal.
Copies of the law texts of the First French Republic ordering the melting of bells to make coins and then cannons.
In drawers one can also consult postcards from the First World War showing destroyed bell towers. The expression of time discussed is the collective expression.
It is monumental watchmaking that is dealt with here, because its history modifies, from century to century, the daily soundscape thanks to bells.
All the clocks presented are in working order and gin (or could gin for the oldest 15th and 15th centuries) their bells and melodies, including a very large clock in Jacquemart.

The campanarian approach developed at the European Museum of L'Isle-Jourdain is very broad, with an auditorium where bell ringings from different European countries, carillon concerts, thematic temporary exhibitions, and international exchanges are presented.

Vesoul: the confinement of the "Goguettes" in Gascony