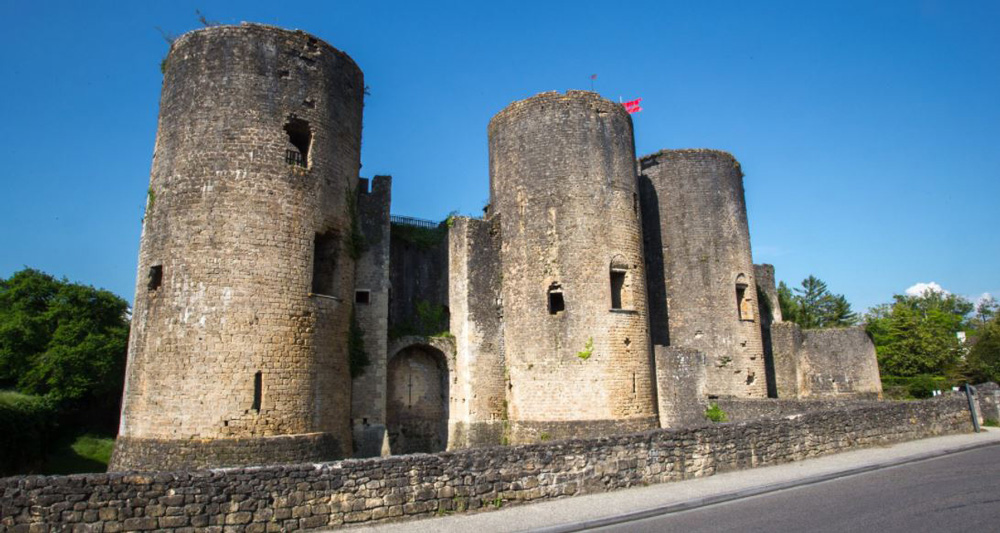 info_outline
You are here: Home / Regions / Nouvelle Aquitaine / 33-Gironde / The castle of Villandraut and the Pope's florins

The castle of Villandraut and the Pope's florins

Even if its construction dates back to the 1300s, the Château de Villandraut is still very much alive today.

But where are the florins...?

Bertrand de Goth, who will become Pope under the name of Clement V, had the castle built, where he will return until his death.
And it is at this very moment that the enigma of the treasure of Villandraut begins.
The Pope is immensely rich.
A will would allude to more than 800,000 gold florins.
But only a very small part of this gold will be found.
A lot of gold is, perhaps, still hidden in the castle.
The "Adichats" association, which runs the place, does not deny the rumor.

The castle of Villandraut, intended to be one of the residences of the pope, had to be comfortable, while being the reflection of the power of the family of Goth, without neglecting the defensive aspects...

The defensive aspect is notably ensured by the moat, of respectable dimensions to keep the enemy at a distance, 6.50m high and 15m wide. The moat is rounded at the right of the towers in order to preserve the same safety distance at all points of the castle.

The six towers are also defensive elements with their 22 meters high and nearly 2.80 m thick. They are pierced with multiple archers in order to defend the different sides of the castle.

The interior of the castle consists of a central courtyard, surrounded by three main buildings. The three wings thus form a U-shaped palace, which allows a good distribution of residential and utilitarian functions. The first floor was used for stables, barns, servants' quarters, and kitchens, and was used mainly for guards and servants, while the upper floors were used for noble residences. The chapel was also on the second floor, as was a large, respectable 30x8 meter reception and courtroom in the west main building.

Comfort was also provided by the 21 fireplaces and 19 latrines in the castle. The aesthetics are not to be outdone with numerous ribbed vaults, sculpted capitals, murals and stamped and glazed floor tiles.

After the death of Clement V in 1314, the castle remained in the possession of the Goth family for about ten years, then, through inheritances, marriages and wars, it changed owners many times.

In 1739, the castle was bought back by the Marquis de Pons, who dismembered all its woodwork and left it abandoned. The castle will gradually deteriorate until its classification as a Historical Monument in 1886. During all these years and until 2007, it was the same family from Sabran-Pontevès who owned the castle. Since 2007, the castle has been the property of Norbert Fradin, a developer from Bordeaux, a great lover of medieval castles, who has graciously left it at the disposal of the Adichats association, which has been promoting and animating it since 1984.