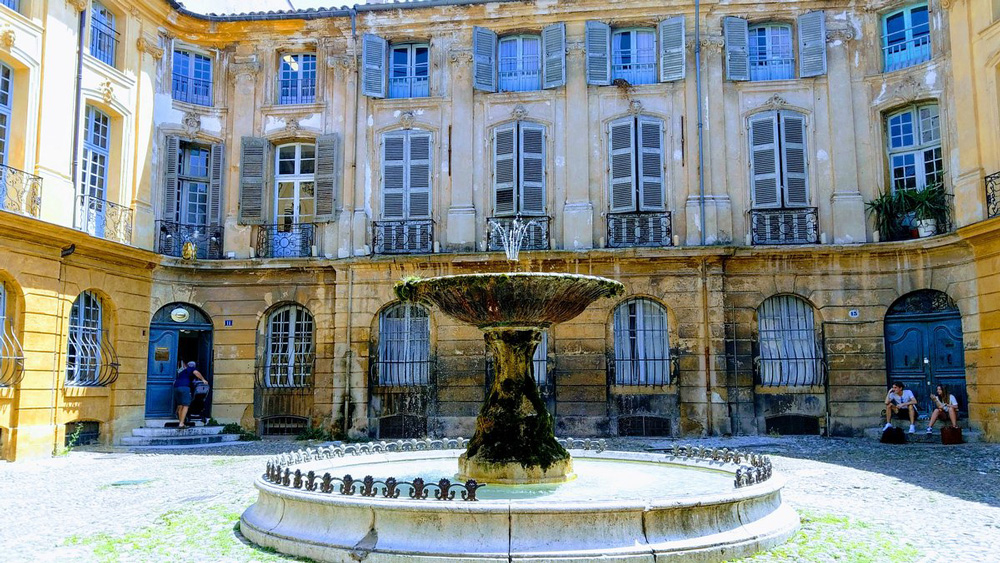 Aix-en-Provence and its naughty balconies

A stroll in the old town will bring you to the Place d'Albertas.

Indeed, if you approach this square, you may have the strange sensation of having visions... as if you were seeing pink elephants.

No elephants, however, but male sexes in ironwork, erected, above distinguished offices.

And yes, they are phalluses...

What are these phalluses which flower our balconies... ?

One of the explanations would come from the fact that there were, close by, in the 18th century, brothels in the area. Some also say that they are simply jokes of ironworkers.

And phalluses can also be seen further on, in the facade of the superb Boyer d'Eguilles hotel, a stone's throw away, on rue Espariat, built in the 17th century, and further on at 6, rue de la rue del'Ancienne Madeleine.

But there, the phalluses are no longer horizontal, but vertical.

According to J.-P. Cassely, guide-lecturer, the same balconies can be found in Stockholm, nicknamed... "French balconies"!

Guided tour "Libertines and courtesans", by J.-P. Cassely, July-August, every Friday at 10 am.

Departures and information at the tourist office of Aix en Provence.

The Paradou, all the charm of Provence in miniature