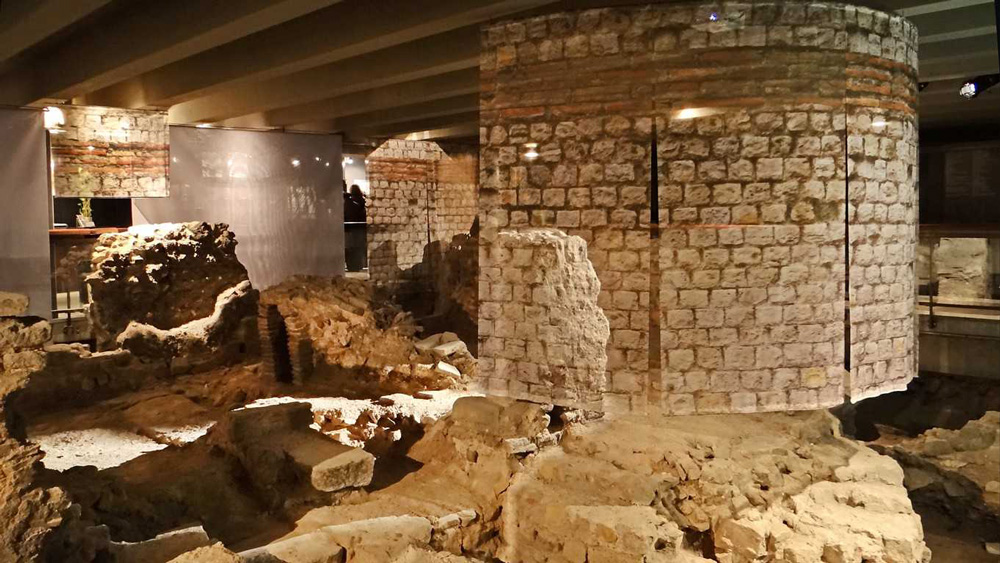 The archaeological crypt of Nice, remnant of a fortified city

The Archaeological Crypt of Nice, a huge underground room of 2000m2 comparable to that of the Louvre in Paris, notably for its historical and patrimonial interest and its facilities for the general public, was classified as a "Historic Monument" in 2012.

It is an underground room of 2,000 m² located under the boulevard Jean-Jaurès and the place Garibaldi, along the river Paillon.

Archaeological excavations during the construction of the first tramway line of the Nice Côte d'Azur Metropolis in 2006 uncovered very well-preserved remains around one of the city's main entrances, the Pairolière Gate, and shed exceptional light on the history of Nice since the Middle Ages as a stronghold of the County of Provence and then the Duchy of Savoy.

These fortifications, a major element in the defense of the county of Nice, disappeared on the orders of Louis XIV in 1706, and were forgotten for three centuries.

Carried out by the Inrap and the Nice Côte d'Azur Archaeology Department, these excavations were carried out in two stages, first in the open air and then, after the beams supporting the tramway track were laid, under a closed slab.

In 8 months of excavation, all the remains were completely cleared.

The construction of a concrete wall around the site allowed the preservation of the site.

Several visits are offered, between the rampart and the straw wall, visit of the medieval fortification, visit of the two bastions of the 16th century, and visit of the ditch of the 17th century.
A journey through time, five centuries of history, from the Middle Ages to the modern era. The oldest remains found date from the 14th century, the time of the Counts of Provence. First the cylinder of the Pairolière tower, then the aqueduct which supplied water to the gardens of the Sardinian palace, the ruins of the houses of the medieval Augustinian suburb, the huge 17th century Saint-Sébastien bastion, the pillars of the bridge which leads to the road to Turin...

The Valley of Wonders and Fontanalba, the largest site of rock engravings in Europe