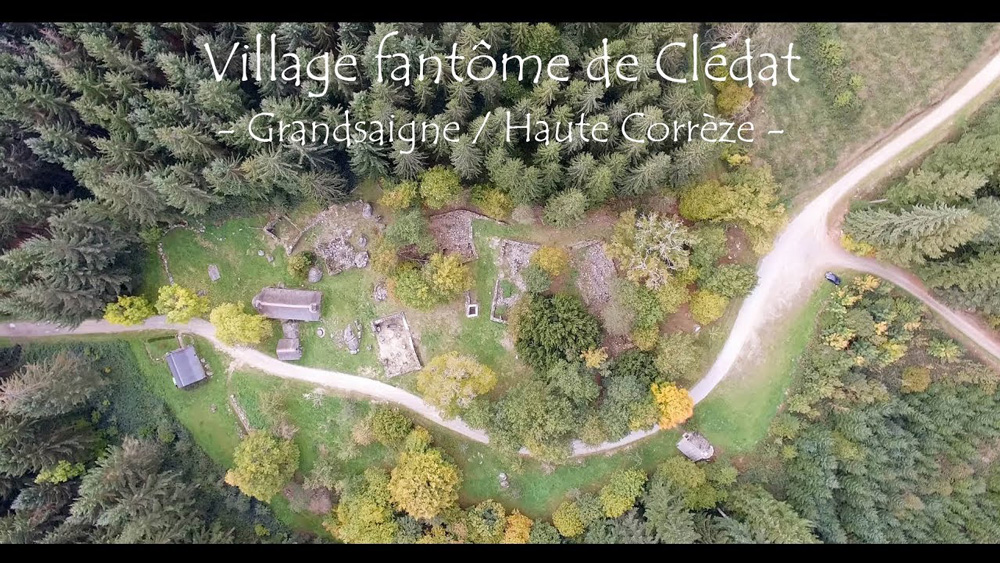 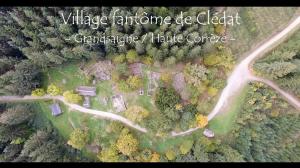 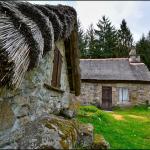 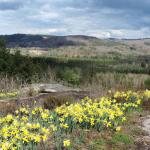 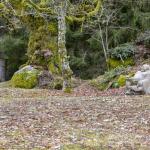 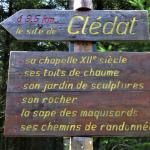 Located in the commune of Grandsaigne, the abandoned village of Clédat is the property of a syndicate of 3 communes: Bonnefond, Grandsaigne, and Pradines.

For 20 years, the association "Renaissance des Vieilles Pierres entre Millevaches et Monédières", in collaboration with this syndicate, has been safeguarding and animating it.

Clédat, a 12th century village, was for centuries a relay for pilgrim travellers between the heights of the Plateau de Millevaches and the Tulle country.

Attested as early as 1164 in a papal bull, the small Romanesque chapel of Sainte-Magdeleine was associated with the "Maison des Pauvres", a hospice founded by the priory-hospital Saint Gérald de Limoges.

At the end of 1943, the maquisards of the 432nd FTP company moved to Les Bordes, below the village. The group of 25 resistance fighters was attacked by the Germans on May 4, 1944. 2 were killed, 3 were taken prisoner and deported, and the others were able to escape.

It was in 1963 that the last inhabitants left the village, isolated and abandoned in the middle of the immense softwood forest of Larfeuil, an authentic and mysterious nature conducive to discovery and meditation.

Until 1954, every year at the Sainte Madeleine (July 22nd) a very popular pilgrimage was organized to celebrate the virtues of the "good fountain".

It is in reference to this tradition that since 1999, the Festival of the Roses has been organized ... a contemporary ... and pagan version.

Clédat was reborn in 2001, with the restoration of the chapel Sainte-Magdeleine and, over the years, the thatched cottage, the bread oven, the ruins of the houses of yesteryear among the rocks ... thanks to the action of the association Renaissance des Vieilles Pierres (Old Stone Renaissance).

The little trains of Seilhac