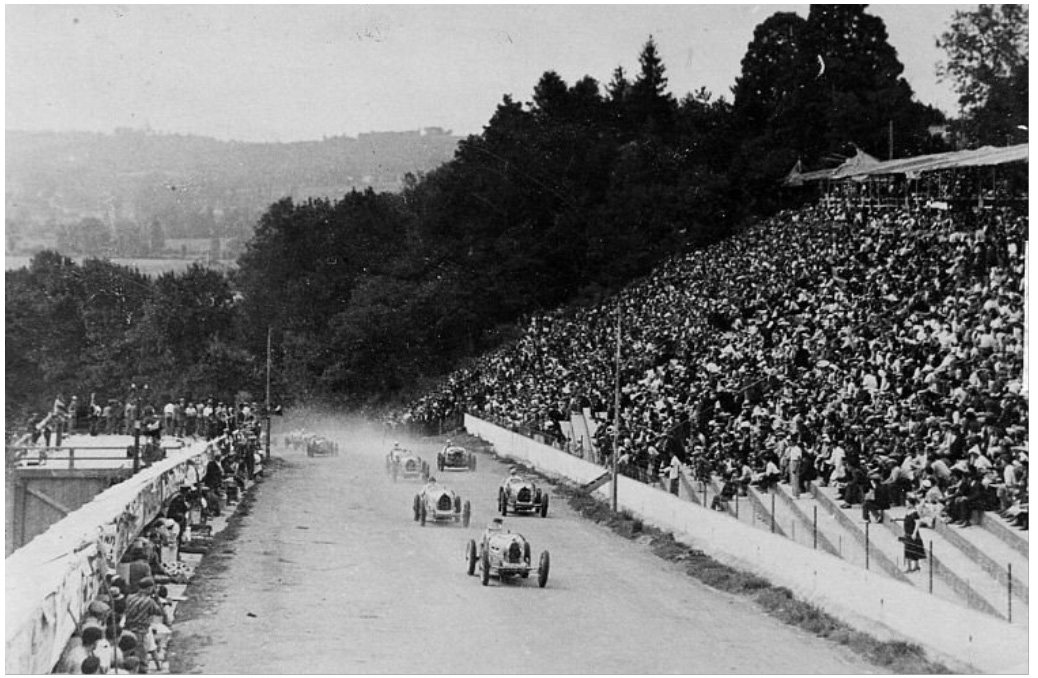 info_outline
You are here: Home / Regions / Occitany / 31-Haute-Garonne / Saint Gaudens : there used to be a circuit..., today a museum

Saint Gaudens : there used to be a circuit..., today a museum

There used to be a circuit and today there is a museum.

Originally, motor racing was created to attract tourists to the region of Saint-Gaudens.

The 27.66 km circuit was established in 1925 between the towns of Saint-Gaudens and Montréjeau.

The hilly terrain provides a good view of the critical parts of the circuit; the start and finish areas.

The Grand Prix du Comminges is the main event on this course which also hosted the French Grand Prix in 1928.

The circuit quickly gained international renown and in 1928 the French Grand Prix was held there.

Then it undergoes some modifications according to the events and the number of participants.

It was raining and René Dreyfus was in the lead on his Bugatti when he skidded into a tight corner, was ejected and his car flipped over several times in the direction of the crowd.

Miraculously, the car collided with a small tree, which stopped it dead in its tracks. Dreyfus came to his senses and discovered that he suffered only minor injuries in the end.

and grandstands capable of accommodating nearly 12,000 spectators were built.

A controversy over the regulation of motor racing led to a boycott of the official teams, which did not allow the 1937 and 1938 events to take place.

The 1939 Grand Prix was won by the Frenchman René Le Bègue.

Interrupted by the Second World War, the Grand Prix du Comminges resumed in 1947.

The profits of the race were generally used to feed a local charity and this 1947 edition will be used for the prisoners of war.

In 1952, the length of the circuit was increased to 4,407 km for the Formula 2 race, the category chosen at the time for the World Drivers' Championship.

On the second lap, the French driver André Simon had to give up his Ferrari to Ascari, victim of a collision, the latter would win.

It will be the last big race to be held in Le Comminges.

If the circuit no longer exists, its memory persists. For nearly twenty years, a team of enthusiasts led by Michel Ribet has worked to bring together a collection of pieces and collections that bear witness to this rich history. These treasures of the automobile adventure are exhibited in this documentary museum which allows you to discover the history of the circuit, but also those of the great national events. Thanks to a partnership with the INA, you will be able to see all archive film releases, including pre-war race recordings!

Indeed, the site gathers all the documented history in all forms of the 18 Grand Prix Autos and 16 Grand Prix Motos du Comminges during the period 1925/1954. It includes a "historical space" with all the sporting history of the Circuit and major events such as the French Grand Prix (ACF).