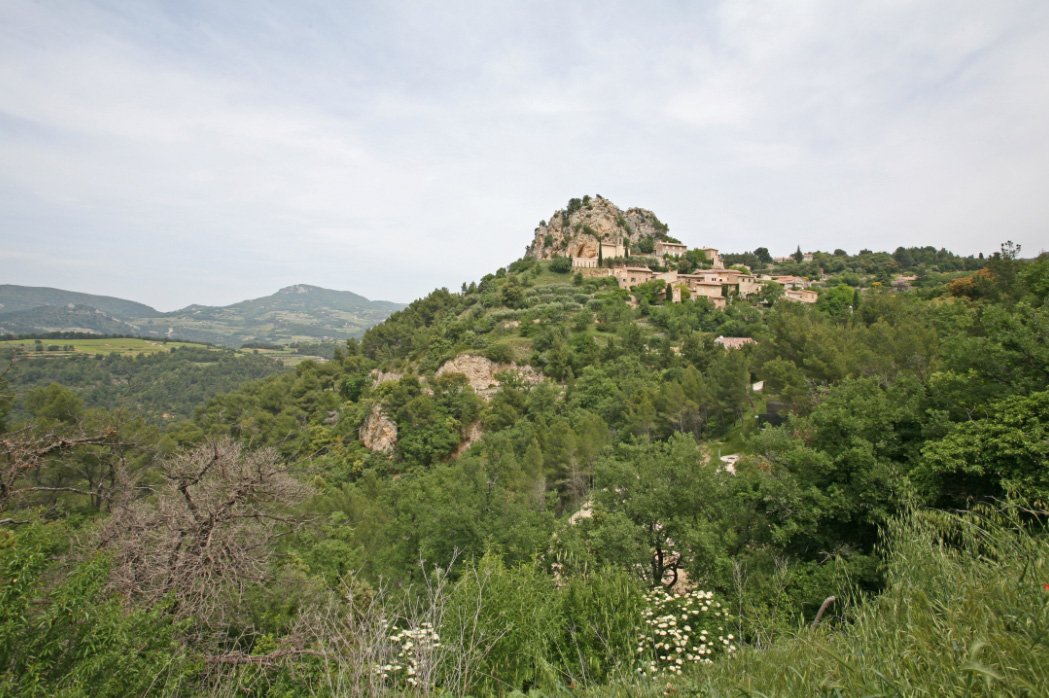 info_outline
You are here: Home / Regions / Provence Alpes Côtes d'Azur / 84-Vaucluse / The rock of La Roque-Alric, a village decorated with a "Provençal crib".

The rock of La Roque-Alric, a village decorated with a "Provençal crib".

We know the expression "put the church back in the middle of the village", in La Roque-Alric it is the rock (La Roque) that took its place.

The commune, one of the smallest villages in the Vaucluse, now has about fifty inhabitants. It is located in the Dentelles de Montmirail, and has significant differences in relief, ranging from 150 meters to 517 meters.

The small massif of La Roque-Alric is formed of limestone rocks from the Jurassic and Cretaceous periods.

In the Middle Ages, the village was named "Roca alrici" or "Rupes alarici".

The word Roque, Rocca in Provençal, refers to a rock, but also to a high fortified point. The name Alric, of Germanic origin, means "almighty" and was established in the South through the Visigoths, whose leader, Alaric II, reigned over the Visigothic kingdom from 484 to 507.

From the 16th to the 18th century, the village was also called La Roque Henry, no doubt due to the will of the religious authorities to Christianize this name.

It regained its unique name, La Roque-Alric, during the Revolution.

During the revolutionary period, the seigneurial house was ransacked in 1792, as in other villages in the region, and the small village also contributed to the war effort by responding to requisitions for men, guns and grain.

The school was set up in the village in 1842, with classes being held in a room above the communal bread oven.

The oil mill was in operation until the end of the 19th century.

Each family then raised silkworms in the bedrooms: silkworm farming was practised until the 1930s, and the few remaining mulberry trees in the village bear witness to this period.

As in the whole Comtat, the village, which had more than 150 inhabitants in 1854, then suffered agricultural crises caused by phylloxera and silkworm diseases, and saw its population decline due to the rural exodus.

During the 1914-1918 war, ten villagers were mobilised but La Roque Alric is one of the rare villages in the Vaucluse not to have any soldiers killed, which explains the absence of a war memorial.

In the first half of the 20th century, the village abandoned traditional agriculture and turned to the cultivation of apricot trees and vines. The classification of the vineyard of La Roque Alric in AOC Beaumes-de-Venise, and AOC Ventoux, then the freezing of olive trees in 1956, then directed the agricultural activity towards the monoculture of the vine.

During your visit, stop to see the church of Saint-Pierre-ès-Liens, a former priory on a rocky overhang, the ruins of the Saint-Michel chapel, located in the cemetery, which dates from the 11th century and is currently being restored, as well as the Saint-Jean Oratory.

The Extraordinary Museum, an astonishing work by Georges Mazoyer