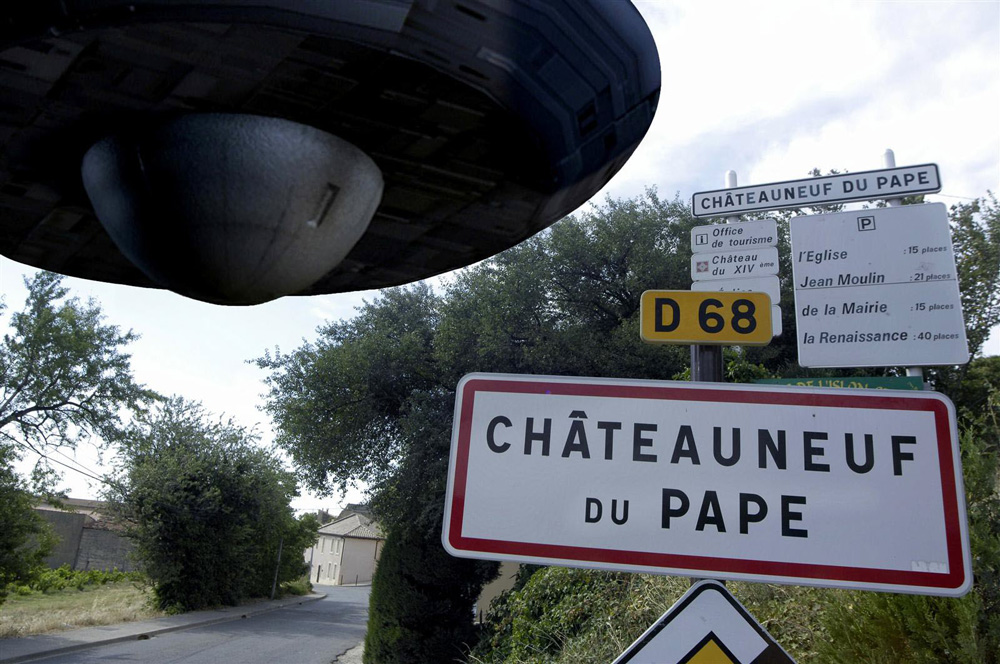 The overflight, landing and take-off of aircraft known as flying saucers or flying cigars of any nationality whatsoever are prohibited on the territory of the commune.

Any aircraft, known as a flying saucer or flying cigar that lands on the territory of the commune, will be immediately impounded.

The rural guard and the private guard shall be responsible, each as far as he is concerned, for the execution of this order... "

Here are the 3 articles published on Thursday, October 28, 1954, by Lucien Jeune, mayor of Chateauneuf -du-Pape.

Was the Mayor of the time Lucien Jeune a "lluminated" i to take such a measure?

No, we answer to Chateauneuf! The mayor was a very serious man.

He probably took advantage of the period in the fifties when everyone saw flying saucers everywhere to carry out a large-scale communication operation.

According to his son, he would have had this idea during a congress with other mayors of France.

At the time, extraterrestrials were very fashionable and the same was obviously true of flying saucers.

Operation successful. His decree allowed the commune of Chateauneuf-du-Pape to be cited all over the world.

The following mayors could have removed it, but they chose to keep it out of respect for Lucien Jeune.

Chateauneuf-du-Pape is not a large metropolis.

In the middle of the Vaucluse, it counts a little less than 3.000 inhabitants, for a surface located around 25 square kilometres.

It is therefore more like a small village than a town.

Châteauneuf-du-Pape is known for its wines, the reputation of this cru goes beyond the borders of the village, but also those of France.

The Corkscrew Museum, unique in the world