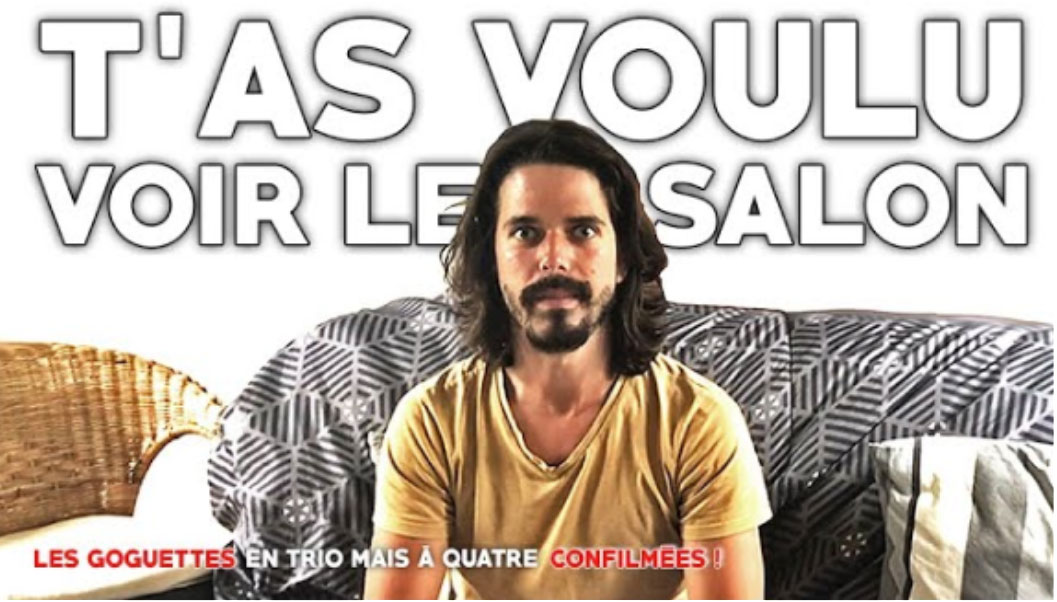 info_outline
You are here: Home / Regions / Occitany / 32-Gers / Vesoul: the confinement of the "Goguettes" in Gascony

Vesoul: the confinement of the "Goguettes" in Gascony

Two million views on the internet, the cover of Jacques Brel's Vesoul becomes the musical phenomenon of the "virus" period and this new version comes from the Gers.

A good part of the group "Les Goguettes" is confined to Gascony.

Within a few days the group "Les Goguettes" is n°1 YouTube and social networks with their special cover of "Vesoul".

The group Les Goguettes (a trio but with four members) has become the darling of the YouTube platform and social networks. Clémence on piano, Valentin on vocals and guitar tell the story of confinement in song, to the tune of Vesoul.

Macron, Griveaux and many others are gently mocked.

Parody also of the messages we hear all day long:

"Vesoul" is the second title that goes around the Web.

The first " La tendresse " by Bourvil and Marie Laforet was produced from their improvised family studio and installed in their confined residence in the heart of the Gers countryside. A father and his two children, Paul Vanderhaegen, Valentin (aka Vander) and Julia (aka Vander), all three musicians and arrangers, created the musical event.

Valentin, who can be discovered in "Vesoul" through his networks, brought together artists, including several from Occitania, to make his first performance.

Musicians, composers and performers: 45 artists were brought together remotely.

And then comes the real explosion of "Vesoul" with Julia, the sister, Valentin and the complicity of the father, also a musician, Paul Vanderhaegen.

In complete formation " Les Goguettes " are four, but in the Gers we find Valentin, Clémence and Paul.

The confinement is good and even excellent, that's how "Vesoul" turned "like at home".

The song by Jacques Brel, which started out on social networks, has made all the TV, radio and newspapers happy.

The musical family does not want to stop there. Valentin can't wait to get back to his solo career and also to the group "Les Goguettes" in its entirety.

As for Paul, the musician father, he has started to set to music unpublished texts by Georges Brassens and he is also eager to get back on stage with his Gers trio "Myosotis": Paul Vanderhaegen, Philippe P. Huerta (dry guitar) and Éric Lecordier (double bass).

label Made in Grand Sud Amazing... isn't it? Gastronomy [to drink]