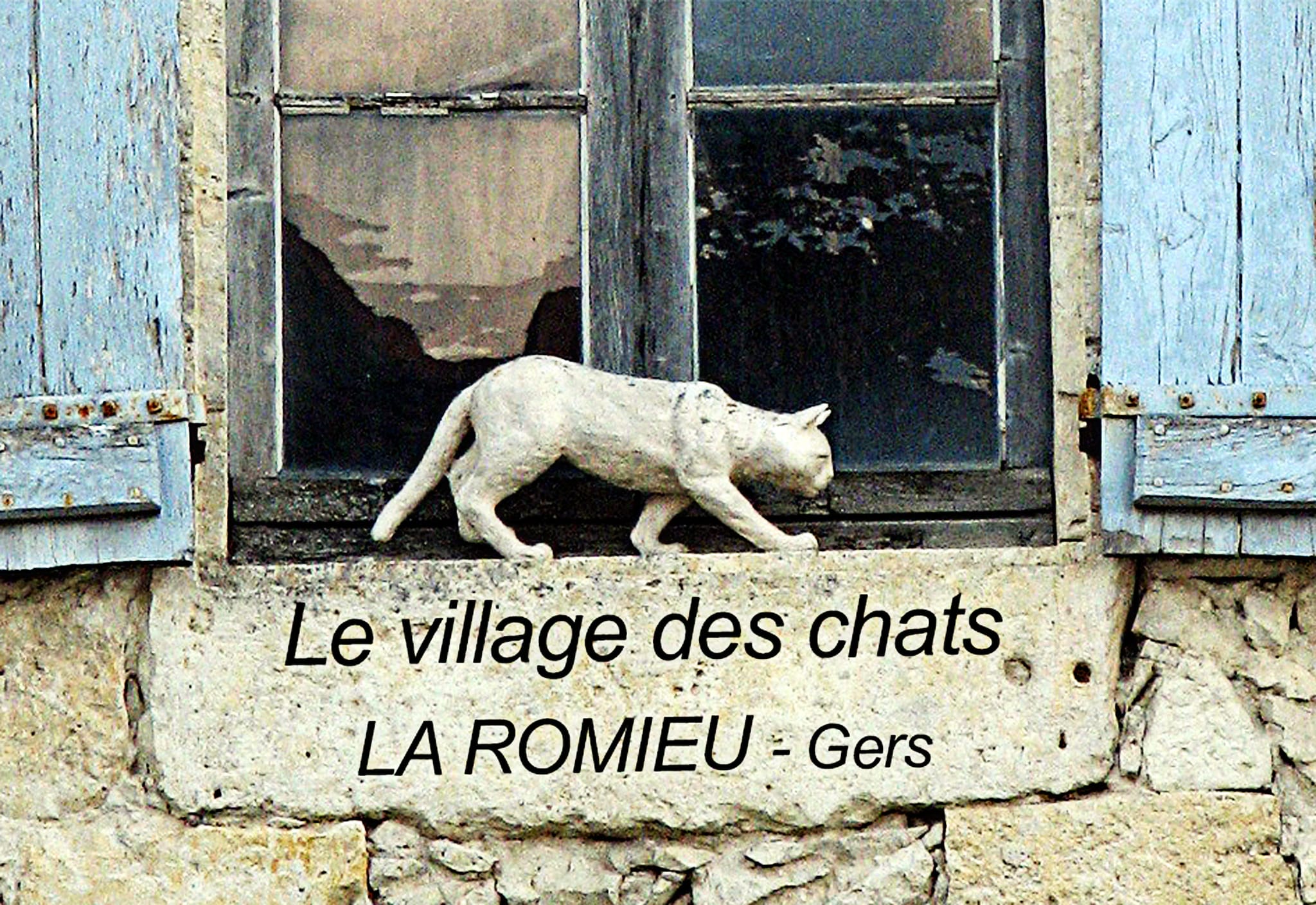 La Romieu is the village of cats, with a story that we will tell, but La Romieu is also the city that joined the club of the Most Beautiful Villages in France.

In 1338, in La Romieu, a small Gascon village famous for its beautiful collegiate church built 20 years earlier, lived Vincent and Mariette, Angeline's parents. Vincent died crushed by a tree. His wife Mariette followed him shortly afterwards, overcome by grief.
Angeline was then adopted. She loved cats, some of them sleeping with her.
From 1342 to 1344, because of a detestable climate, crops were scarce and famine and starvation set in.
In the village, it was decided to eat the cats by cooking them in gibelotte, as they say.
Knowing Angeline's love for cats, her adoptive parents allowed her to keep a couple of them, telling her to hide them well in order to preserve their lives.
Then times got better... but as there were no more cats, rats had proliferated in large numbers and were threatening the crops.
Fortunately, Angeline had preserved her cats well. Twenty kittens had been born in her attic. She then decided to release them in the village and they decimated the rats, thus saving the village from famine.
Angeline then became a heroine... it is said that over the years, she took on the features of a cat, her face and ears making her look like a feline.
In her honor, on the village square, the inhabitants erected a statuette in her effigy, half girl, half cat.
While listening to a grandmother telling this story to her grandchildren, an Orleans sculptor, Maurice Serreau, had the idea of reviving it by placing sculptures of cats around the square.

This collegiate church is one of the jewels of the Gers heritage, classified as a World Heritage Site by UNESCO.

The whole is the work of Arnaud d'Aux de Lescout, son of a rich lord of the village, who became over time and under the protection of his cousin Pope Clement V, a very influential cardinal of the papal court.

During the visit of this remarkable ensemble of southern architecture, you will go through its church with a single nave, its gothic cloister, the different floors of the two towers, one of which contains one of the oldest double revolution staircases in Europe.

Michel Piccoli in the Gers and Milou in May...