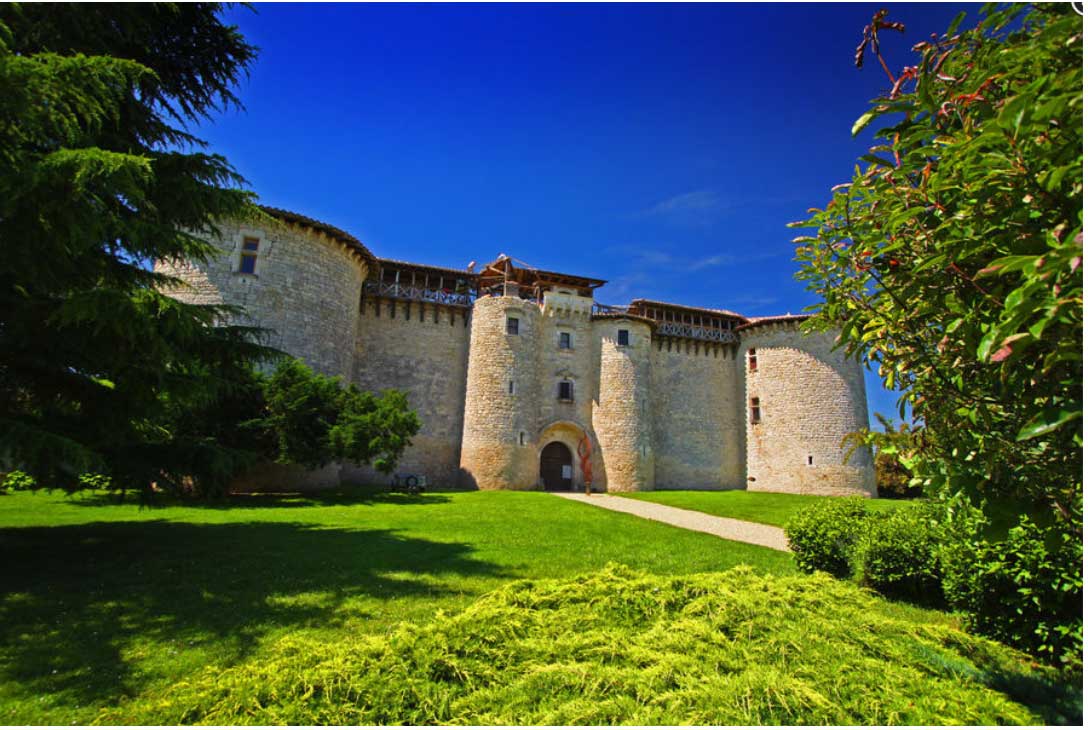 info_outline
You are here: Home / Regions / Occitany / 81-Tarn / The fortified castle of Mauriac

The fortified castle of Mauriac

For 58 years, the painter Bistes and his family have devoted their time and financial means to the restoration of the castle.

There is still a lot of work to be completed.

Situated in the heart of the Gaillac vineyards between Albi and Cordes, the Château de Mauriac is a military Templar fortified castle, starred in the Michelin green guide and classified among the 50 most beautiful houses in France by Art and Decoration.

The castle was founded in the 13th century by Guiriaudus de Mauricius.

The construction of this Templar castle continued in the 14th century, then was embellished by the enrichment of its owners thanks to the culture of pastel from the Cocagne region.

The inner courtyard has a surface area of 400 m² and includes eight mullioned windows.

During the Wars of Religion, in the sixteenth century, the castle's walkway is partially destroyed by the Catholics its owner, Bertrand de Rabastens, being Protestant.

Since the 1960s, the castle has belonged to the painter Bernard Bistes, who was the master builder of its renovation and who uses the rooms to exhibit his paintings.

The castle has been listed as a Historic Monument since 19722.

The visit of the castle is guided, and also allows you to discover the exhibition of the painter's works. Schoolchildren are welcome.

Mauriac is on the list of very nice addresses for events: seminars and meetings, receptions and weddings.