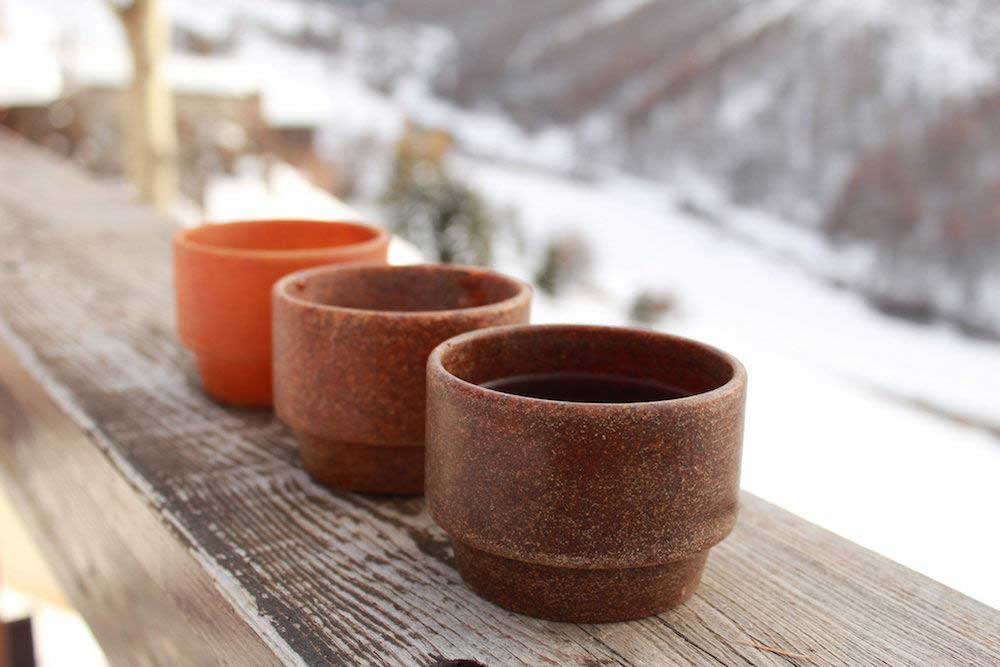 "Repulp", cups made from citrus peelings... Amazing no...

Cup Repulp
As its name suggests, Repulp "re-pulps", brings orange and citrus peelings back to life by transforming them into biodegradable cups.
Working as a waitress in a juice bar and discovering the number of peelings discarded per day, Victoria came up with the idea for the Repulp project. "If there are that many in one restaurant, how many are there in all the restaurants in France? "asks this former student of a master's degree in object design at the Ecole Supérieure d'Art et de Design Marseille-Méditerranée.
"Orange peelings are hard to compost, you can put them on a table for days, they don't decompose".
The cultivation of oranges alone reaches 5,000 tons in France each year and 6 million tons in Europe. Lemons represent 4,000 tons and tangerines 3,600 tons. A huge market to conquer for this small company.

Made in France
Victoria Lièvre is leading this project with her partner Luc Fisher, a business school graduate and business engineer. For two years they have been thinking about how to influence the future on the environment while being different from those who deal with traditional plastic recycling. "We want to show that you can recycle with something other than plastic," they say.
Committed to "Made in France" and more particularly to regional manufacturing, the entrepreneurs decided to work with a local producer of fresh fruit juice, Kookabarra, based in Vaucluse. The peelings he throws away correspond on average to half of the fruit itself. "It's a good compromise because the producer has to pay to throw away his waste, so we're working towards a circular economy," says Luc. "It also allows us to make Made in France while being accessible.

A top secret recipe
The question we all ask ourselves is how do we go from an orange peel to a "cup"? The recipe is a secret.
"All we can say is that we take all the skin, even the seeds," says Victoria. "The skin is made into a powder, which is then mixed with other components, all made up of bio-bacteria. The whole thing becomes granular and goes through an injection machine. It's exactly the same method as plastic after all!"

Call for proposals for the development of cups.
Unfortunately, small cups with a natural orange colour are not yet on sale. A call for projects has been launched on the internet so that they can see the light and thus have a positive impact on waste. The site is open to anyone who wants to become a contributor for 45 days.
The goal is to reach the sum of 8,000 euros so that the couple can equip themselves with injection moulds. "If we want to produce these cups, it is necessary to have a system of industrialization", admits Victoria, "Without that, it takes me several hours to create a single object, it would have been less accessible". With their manufacturing process, the cups will be shock resistant, machine washable and durable.

To enter the prize pool, www.kisskissbankbank.com


With Made in Marseille

The Motorcycle Museum of Marseille, unique in Europe