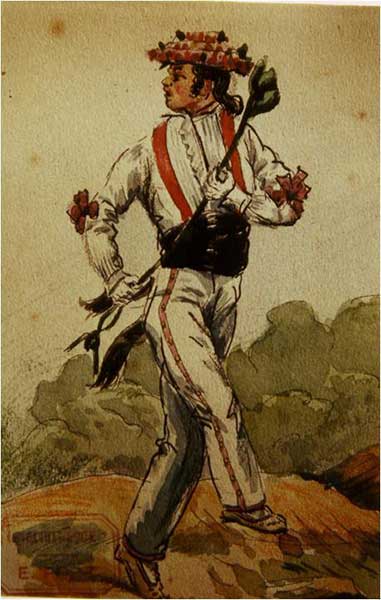 The kaskarots of Saint-Jean-de-Luz - Ciboure

The towns of Saint Jean de Luz and Ciboure had a special population called "Kaskarot", kaskar: of little value until the 20th century.
Their origin is not well known but they are said to be descendants of the cagots or Bohemians.
Since the Middle Ages, the cagots were excluded from society because they were suspected of transmitting leprosy.
Pushed out of the villages, they were forced to marry each other.


A little history...
In 1320, King Philippe Le Long accused them of poisoning the wells and ordered their massacre.
Most of them took refuge in the Basque Country, protected by the Parliament of Navarre, which escaped royal authority.
Wood being the only material reputed not to transmit leprosy, they became lumberjacks, boat builders and coopers. The women are fortune-tellers or healers and often have a light reputation. They will be the designated victims of the witchcraft trials of the 17th century.
Over the years, they mingle with the population, participating in economic life, centred on maritime activity.
A community settles in the Barre district, facing the rue de la République, in the houses ruined by the floods.
During war or fishing, the men are absent several months a year.
Women hold the hardest jobs, especially in the preparation and sale of small fish.
Until 1778, fishing was landed directly on the beach because cod merchants forbade sardine fishermen to enter the port.
It was the "kaskarots" who traded the fish directly to the boats and sold it, basket on head, at the Bayonne market.

At night, they are filleted, re-meshing the fishermen's nets.
A few years later, the abundance of fishing led to the creation of an entire industry. The kaskarots then provided some of the labour for the "presses" where the sardines were prepared and sold.

label Small trades Gastronomy [to eat] Amazing... isn't it? Made in Grand Sud