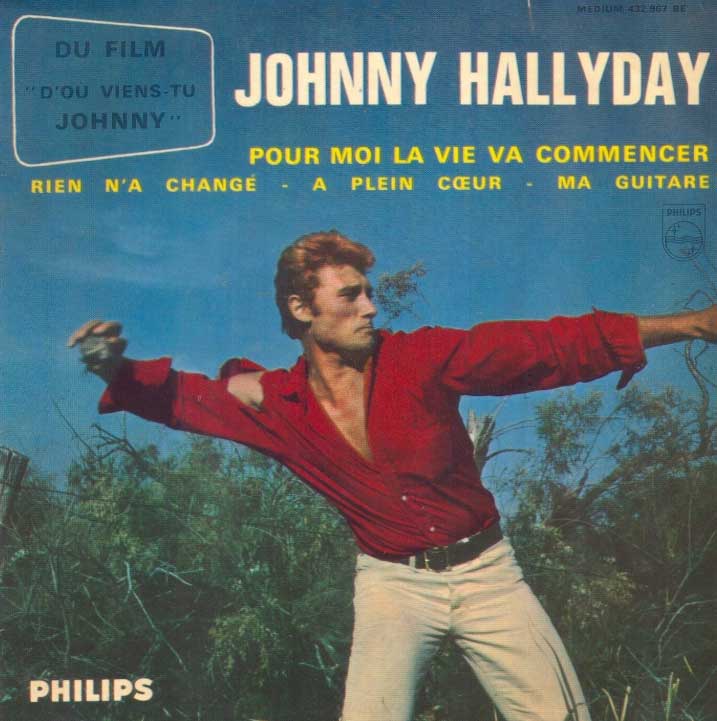 In 1963, Johnny Hallyday shot his first real film in the Camargue.
Just a few weeks before shooting, the film still had no music.
The film's most famous song was composed on a piano at the Hôtel de France in Castelnaudary.
Jean Jacques Debout tells the story of the song "Pour moi la vie va commencer" (For me, life is about to begin) for the actor/singer Johnny Hallyday.

"We had arrived at the Beaucaire Arena near Arles when Ray Ventura, the producer of the film "D'où vient tu Johnny", met Johnny in Castelnaudary at the Hôtel de France.
Johnny was very shy and asked me to accompany him.
Ray Ventura, Sacha Distel's uncle, was waiting for us with a tall man with white hair.
It was Abel Gance, the mythical director of "Napoleon" (1935) and "J'accuse" (1938).
At the table in front of a cassoulet, Johnny elbows me and asks me who he is?
Ray Ventura explains the story of the film "Where do you come from Johnny", a boy who is bored with his family in Paris and decides to go to the Camargue.
He needed a song for his arrival in the Camargue.
Johnny suggested to Ventura that I write the song.
But he was leaving the next day for Toulouse.
The only solution was to write it now.
There was a piano in the hotel lobby but the manager didn't want it.
Too much noise for the guests whose rooms were above it.
Johnny then went up to our rooms and came back down with all the towels and bath towels.
We put them in the piano and that muffled the sound.
Then we took the cassoulet menu and wrote the lyrics on it.
You have to imagine that I had Ray Ventura on my right and Abel Gance on my left.
Abel Gance had a very impressive look on his face.
With Johnny, we were between the desire to do well and on the verge of laughing.
I imagined a ride with bulls around the horse. (He sings For me life is about to begin, editor's note...). It was a bit like a western song. Johnny was very happy : " It's going to be fun ! ».
Ventura also thought it was great.
Once in Paris, we recorded the accompaniment by an orchestra. »

The cassoulet war will not take place

Le Limouxin, a weekly that's always in the news

The Fairy Dolmen, dolmen of Occitania