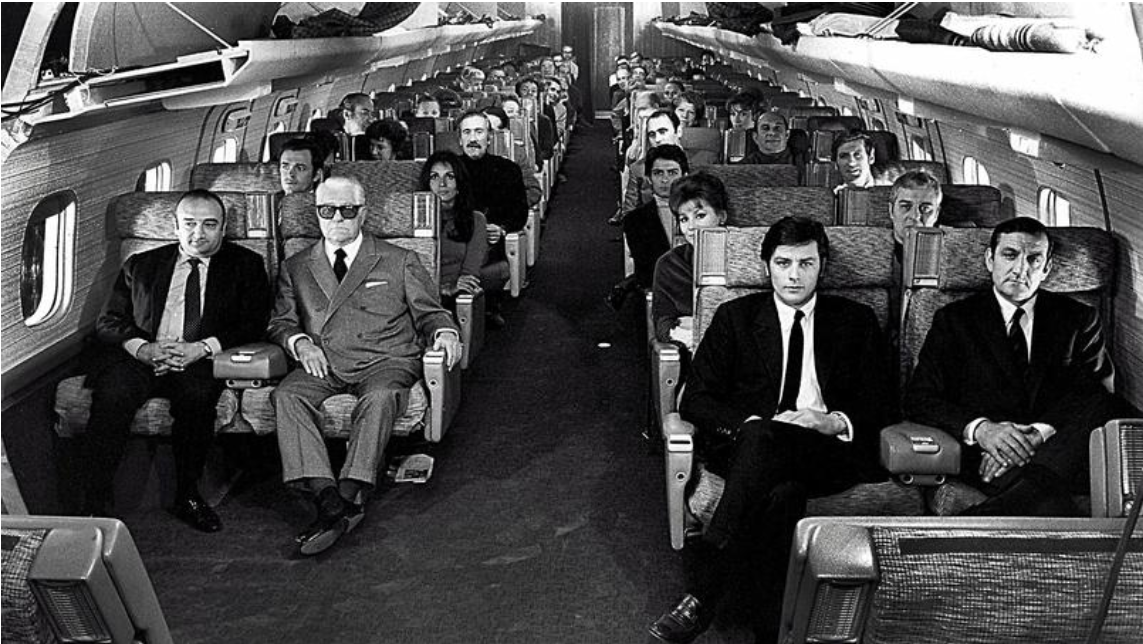 Toulouse makes its cinema... by plane...

The image of the shooting of Henri Verneuil's "Clan des siciliens" is very well known... In Toulouse we are now going to shoot in a permanent studio/plane.
A few years ago the American film and television giant Raleigh, already established in Hollywood, Hungary and China, reportedly made an offer to take over the former military base of Francazal, near Toulouse. He intended to create the largest French film production site in the Paris region and was to make Toulouse and its region a major centre for world cinema.
The project never materialized.

The plane is indeed in Toulouse and even in the cinema...
The new project is much more serious and carried by the production company "Master Films".
Toulouse is finally going to have a film studio that lives up to its ambitions. With a particularity: a real size plane set, entirely modular, unique in Europe.
Suitable for all types of filming, cinema, fiction, series and other audiovisual productions, Le Grand Set will be available for rent with various optional services.
Master Films has invested 800,000 euros in this 500 m2 soundproofed film studio, in which there will be dressing rooms, a carpentry workshop, dressing rooms but above all... a full-size, fully modular aircraft set, which will be the attraction of this new location dedicated to cinema in Toulouse.
François Cadène from "Master Films" is enthusiastic: "Master Films has a lot of clients in aeronautics and space, and we have to shoot quite often in airplanes.
It is also this observation that led us to carry out this project.  It interests many professionals because we realised that no one writes for films and commercials that take place in airplanes, because it is expensive and very complicated to shoot.
An aeroplane set like the one in the Grand Set does not exist in Europe".
The studio is located in Colomiers, close to the Airbus assembly lines.
Master Films produces a lot of videos for the European aircraft manufacturer.
The capital of aeronautics should be reconciled with the seventh art thanks to this new equipment.